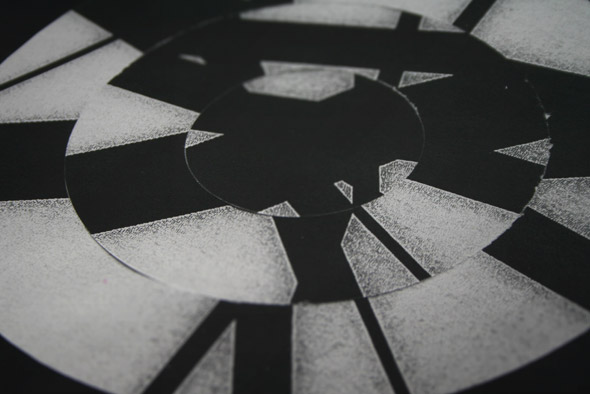 Redshape returns with a second helping of the Red Pack series for Delsin and in some places treads familiar ground. To borrow a track title from his own 2009 debut album The Dance Paradox, is he a ‘man out of time’, or does the masked producer’s classic techno-informed sound still wash? The short answer is yes, but to arrive at that conclusion, his audience have to first contend with two instalments of the impenetrable “Path”.

Like the sound he mined during the period when his first Red Pack was released in 2010, both versions of “Path” are ominous and austere, with shimmering chords unfolding over loose tribal drums and the menacing swagger of sub-bass looms in the background. The dub version is the least foreboding, thanks in no small part to the absence of the eerie synth builds that feature on the original version. That said, both tracks are the darkest on Red Pack II.

To call other tracks on the release playful is an overstatement, but it does find Redshape in lighter form than usual. “Bulp Head” is awash with mellow, evocative synths and kooky vocal samples, while “Disco Marauder” also casts Redshape in a different light. Its stripped back rhythm sees him let loose and forsake his measured approach, with splurging bass stabs and a screeching vocal threatening to push him into the arena of the deranged. But he also understands that musical force is most effective when used sparingly, and Red Pack II sees him show a lot of restraint.

This is manifested most clearly on “Daft Mode”, which inhabits similar territory to his timeless “Blood Into Dust”. The percussion hisses, Redshape drops an electronic bass that is by stages brooding and grungy, while his dramatic chords threaten to engulf the sonic spectrum. They come close to doing so, but again the use of detached vocals defuses the situation. Redshape uses a similar ploy on “The Source”, with an unnamed space explorer’s narrative making the accompanying acid-laced drum workout sound less austere. It would be wrong to call Red Pack II upbeat, but it does show that underneath the mask, there lurks a human, full of emotions.