South London Ordnance becomes the latest DJ/producer to found his own label with the debut Aery Metals release due in August.

Perenially pegged as an ‘up and coming’ producer, the vaguely mysterious South London Ordnance emerged out of the UK Bass swamp last year with a clutch of releases for the likes of Well Rounded, 2nd Drop, Audio Culture and Teal Recordings. A debut on Paul Rose’s Hotflush Recordings earlier this year in the shape of the Revolver 12″ was undoubtedly the producer’s most high profile release to date and a period of subsequent quiet has clearly been spent working on establishing the foundations of a new label.

Entitled Aery Metals, the label launches in August with He Do The Police In Different Voices, a double 10″ release from South London Ordnance himself, featuring collaborations with both Finnish duo Femme En Fourrure and Brolin, a singer/songwriter who shares a penchant for disguising his identity, albeit more explicitly through the means of a face mask. Of more interest is the fact that South London Ordnance has commissioned remixes of this material from JD Twitch, Factory Floor’s Nik Void and Throbbing Gristle’s Chris Carter – three names that don’t immediately spring to mind when you look over the producer’s music to date. Those unable to wait can cast their eyes over the truly surreal artwork below, and download a non-EP track in exchange for an email address here.

Aery Metals will release He Do The Police In Different Voices on 2×10″ and digital formats later this summer. 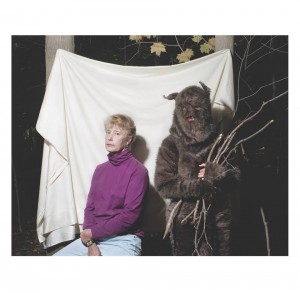