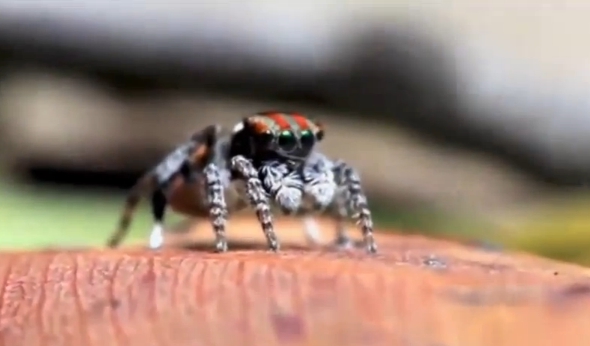 Although the follow up to Slackk’s excellent Raw Missions EP from last year has yet to be officially announced, one of its tracks already has a video. Featuring footage of peacock spiders in their natural habitat, the vivid colours or the arachnids are a fitting match for the technicolour grime and spindly rhythms of “Silk Robe” (leading into a short section of another EP cut,”Room Made Vague”), whose underlying chord sequence is strongly reminiscent of Angelo Badalamenti’s “Laura’s Theme” from Twin Peaks. Arachnophobics have been warned.

Continuing the Twin Peaks theme, the producer has another track, entitled, appropriately enough, “Twin Peaks”, available for free download via his Soundcloud page which reworks “Laura’s Theme” into an icy grime construction filled with menacing textures and clipped percussion.