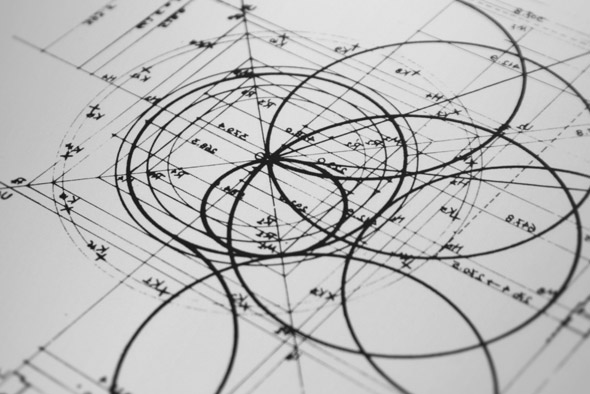 When this writer heard that Jochem Paap and Lucy were collaborating on an album, the initial reaction was ‘why haven’t they done this before?’ After all, both the veteran Dutch producer and the new school Italian have worked on abstract projects and both are experts at sound manipulation; although Paap has been at it longer – anyone who has not heard them should check out A Shocking Hobby and Public Energy No 1.

What comes as a surprise however is just how cohesive Zeitgeber sounds; It feels as if the collaboration has literally fallen into place, with Lucy’s take on techno’s abstract sound dovetailing with Paap’s love of texture and his history. Album opener “Closely Related” provides a fitting intro, its repetitive drones providing the backdrop against which a cacophony of noises whiz into earshot before promptly disappearing again, somewhat akin to the effect of walking on the side of a motorway as vehicles hurtles past.

It sounds like Lucy is steering both “These Rhythms” and “None of their Defects” with their warped slivers of noise, glitchy percussion and metallic, hiccupping rhythms, whilst on “Skin”, Speedy J prevails. A computerised vocal, like Hal from Kubrick’s 2001: A Space Odyssey on helium, is played on a loop over what could be an interpretation of the intro from Vapourspace’s “Gravitational Arc of 10”, before the arrangement is plunged into a white noise vortex. “Now Imagine” also revisits the past, steered by Paap and with guidance from Lucy. Led by a subtle backbeat, the arrangement evolves from detuned, eerie sound scapes into the type of icy synth melody from Amber-era Autechre. Is Paap getting sentimental about the period when he released classics like Beam Me Up and getting Lucy to be his sonic conduit?

For the album’s strongest tracks however, both producers’ input is indistinguishable, their fingerprints blurred. “From Here” features a stepping rhythm and muffled, half-heard effects droning in the background as dissected gamelan drums play out, while “Display 24” also has an exotic feeling. Its breathy textures and creepy, chanting choir would make the perfect soundtrack to a white-robed Klaus Kinski striding through a rain forest in search of the spacecraft that will transport him to a new dimension – which is hardly the kind of image that the average techno album conjures up.