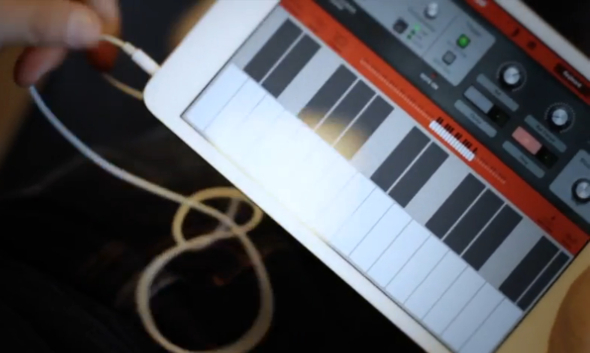 The iPad version of Thor is the latest synthesizer to come out of the Propellerhead think-tank, the same group responsible for the Reason DAW, with the company boasting that it’s their most versatile synth app yet. The hands-on design of their polyphonic synth features six different oscillator types, varying from analog and phase modulation to FM pair and noise, while the digital synth’s four filters – low pass ladder, state variable, comb and formant – unique to Thor, cover the full range of frequencies.

Designed to be played lived or sequenced, Thor comes in-built with a regular and resizable chromatic keyboard, featuring strum and hit options, and a collapse function which turns single notes into chords. A bank of 1000 presets is also included, designed by synthesis guru Richard Devine, Vengeance, and Kill the Noise. Propellerhead have also designed Thor’s patches and sounds to be interchangeable between the iPad and desktop versions, so users can continue their productions on Reason. For an example of what Thor sounds like, check out the the sample playlist below.