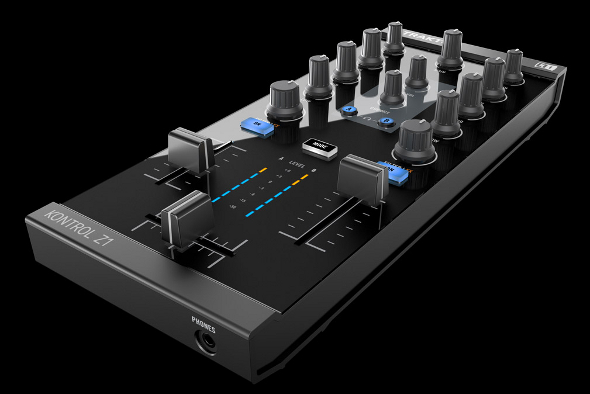 Native Instruments have announced a new mixer and audio interface specifically designed for their Traktor DJ and Traktor Pro 2 software.

Combining a mixer with 3 band EQ and a 24-bit soundcard, the Z1 is essentially a slimmed down version of the Z2 mixer released last year, designed by Native Instruments for use specifically for use with its most stripped back DJ software – namely Traktor Pro 2, and Traktor DJ, the company’s recently announced DJ software for iOS. The Z1 seems mostly designed for the latter, with a plug-and-play design that easily allows iOS users to cue tracks in headphones, and adjust filters, effects and EQ levels without having to dip into the software; the unit is also designed to charge the iOS device at the same time.

For those using a laptop and Traktor Pro 2, the unit adopts the same size and form factor as NI’s Traktor X1 and F1 controllers, and is designed to be compatible with both, for those wanting to utilise the software’s looping and remix deck functions; the unit’s capabilities alongside its sister units can be previewed in the video below.