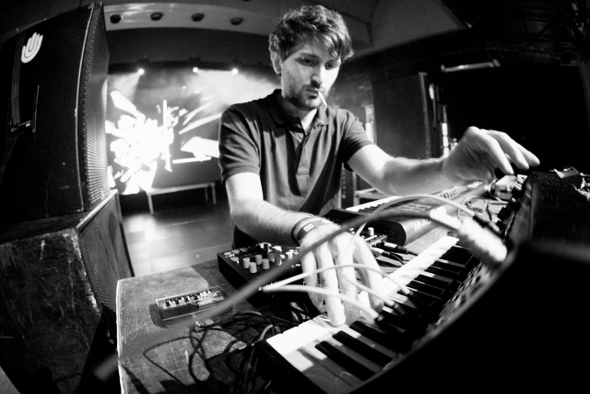 Our friends at Red Bull Music Academy have set us up with an exclusive stream of Panoram’s set from their stage at last weekend’s Sonar Festival.

As we recently announced, Firecracker Recordings are preparing to release the Italian’s debut album Everyone Is A Door in late August, and whilst there’s little recorded material to judge Panoram on ahead of its arrival, it’s clear that the Rome-based producer and former graduate of the Red Bull Music Academy is a talent from his live shows. Much like his performance on Boiler Room a few months back, Panoram took to the RBMA stage at this year’s Sonar Festival with a rack of hardware electronics and ripped through a 45 minute set of freeform electronics that brings to mind the classic sampledelica approach of Coldcut.