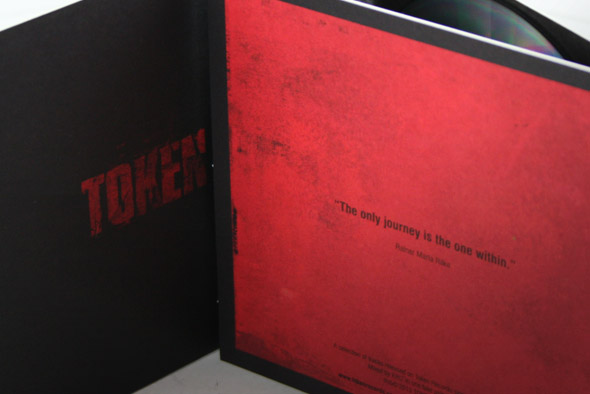 Introspective sees Kr!z, the DJ behind Belgian label Token, assume two roles. On one hand, he is following a path that began in Belgium nearly 30 years ago, while on the other he embodies that most modern form of label owner, the curator. From New Beat in the mid to late 80s, through early 90s hardcore, Belgian labels and producers have forged their own identity. While the last discernible Belgian sound was the kooky and often hugely enjoyable disco eclecticism of the Glimmer Twins, Token has emerged over the past six years to become one of the world’s most vital techno labels.

Token’s ascent may have coincided with the resurgence in popularity of harder, more purist forms of techno, but rather than being a part of this trend, this surge has merely provided a leg up for the label. If truth be told, the music released by Token’s core artists bears little resemblance to the dour, linear approach of industrial techno, and Inigo Kennedy, Xhin and Phase have more in common with the early 90s rush of trance and rave or the melodies of Warp’s home listening electronics that unflinching loopisms. On Token Introspective this is audible on Inigo Kennedy’s “Cathedral”, where the central melody explodes in a blaze of tie-dye colour, Xhin’s “Hunters”, where lullaby hooks emerge from beneath the complex, metal-plated rhythm or Kennedy’s “Bite Back” where eerie synths and cascading bleeps are reminiscent of vintage LFO, updated.

That Token manages to sound unlike any other label in an overcrowded form that is nearly three decades old says a lot about its owner’s A&Ring skills. But Kr!z’s talents are not limited to selecting and releasing music; as this mix shows, he is also a skillful DJ. The fact that he has decided not released his own music –  an easy ticket to fame and money for many DJs who have started labels and then suddenly decide that they want to ‘get into production’ – speaks volumes about his intentions.

Token Introspective starts off with tough tracks like Ben Klock’s slamming version of Phase’s ‘Binary Opposition’, the hard, minimal HTS reshape of the same artist’s “Morodem” and Makaton’s insane, malfunctioning sirens on “Endless Revolt”. Just as the selection veers down a banging route, he drops the mysterious ‘Spomeniks’ by Rodhad and Phase’s plaintive “Decode” before shifting back to linear, atonal grooves courtesy of Ctrls and Go Hiyama.

The second part of the mix is less abrasive; the aforementioned melodic, trance tracks from Phase, Xhin and Inigo Kennedy feature alongside the brittle broken beats of Oscar Mulero’s take on Arrestar’s “Thoughts & Emotions” and Surgeon’s acid-tinged bass rendition of Grovskopa’s “Sex & Violins”. Kennedy’s widescreen “Obsidian” is the final salvo, the end to an inspired synopsis of Token’s unique range.