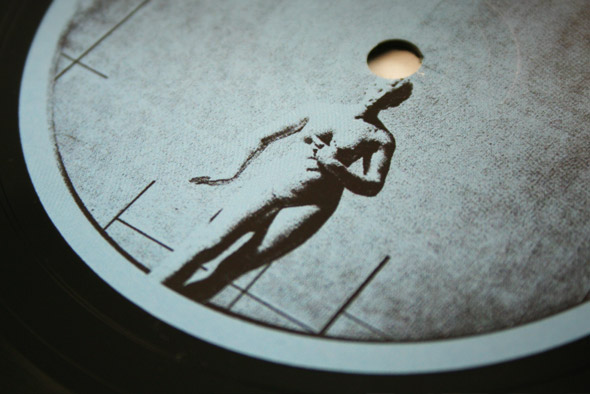 Across labels like L.I.E.S, Opal Tapes, The Trilogy Tapes, Future Times, and now Anthony Naples’ newly formed Proibito imprint, it feels as if the market for vinyl-only lo-fi house music is becoming increasingly saturated. Unlike the reams of revivalist ’90s style house that is simply defined by a few tired signifiers however, the “lo-fi” element is often not what defines the majority of these records. Vancouver group Aquarian Foundation is the perfect example; despite the thick, grainy VHS fuzz that coats everything, it’s the rich collection of textures and influences that permeate Silent Teaching – their debut for London’s fledgling Going Good – that are what people should be focusing on.

The reverb-coated piano chords of “Mystery Track” come across less as house and more an impressionistic version of dub techno, albeit one whose running narrative of elastic toms and dusty kick drums keep things well flexed, with a melody buried deep in the background that lends it a subtle African quality. “Caravan Of Dreams” is similarly formed, with a deep square bass, occasional rave whistles and rippling tones that shake you out of its muggy atmosphere; like Ital’s early track  “Queens” it judders with just enough weird energy to knock you out of any narcoleptic moments. Although rigidity can be a problem in some hardware-based house music, these tracks suffer from no such problems.

However, it’s when the record moves out of the more standard house formula that the Aquarian Foundation collective really impress. The 4/4 beat and resonant bassline of “Fountain” is almost the most floor-focused moment on the record, but its jazzy textures make it sound like Sun Ra is performing a guest spot. Although the skittish rhythms of “Hardtalk” could easily be described as “footwork-inspired”, the warm synths and subaquatic bleeps smeared across everything send it into the realms of downtempo; the results feel like an uneasy union between Drexciya and Gifted & Blessed.

But it’s “Dream Of The Red Chamber” that offers the standout moment; as the Lynchian name suggests, it’s something of a mindbender, crossing arid 303-like bass with psychedelic North African wind instrumentation. You’d be forgiven for thinking that Silent Teaching is almost too busy in its influences, but there’s a remarkable paucity of elements on display; like L.I.E.S. artist Terekke, Aquarian Foundation are an outfit who are able to elevate their tracks above the sum of their parts with just a subtle dusting of molecular tones.

A1. Mystery Track
A2. Caravan of Dreams
A3. Hardtalk
B1. Fountain
B2. Dream Of The Red Chamber