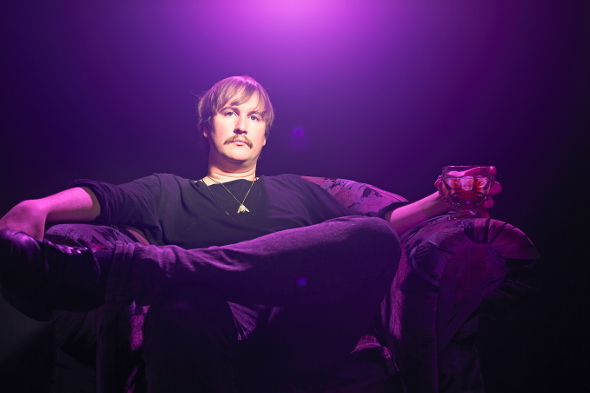 Entitled Vapor City, the LP is a concept album of sorts, supposedly inspired by a metropolis of the same name whichÂ Travis Stewart has visited in a series ofÂ “life-long recurring dreams”. It’s his first LP since 2011’s critically lauded Room(s), an album which saw him work footwork influences into the hip hop and IDM influences he’s been experimenting with since his first release for Merck in 2001. Vapour City also represents the first of four planned albums that Stewart (pictured above enjoying a Cognac) will release as part of a deal inked with the Ninja Tune label earlier this year.

Vapour City may be the first solo long--player from Stewart since Room(s), but the producer’s been anything but quiet, with a number of EPs for the LuckyMe stable, several releases under the Sepalcure banner with Praveen Sharma on Hotflush, and the recently formed JETS collaboration and accompanying Ultramajic label with Jimmy Edgar. Although further details and LP cover art are yet to be revealed, the first single from the album, Eyesdontlie, will be released on July 29, and can be streamed here.

Ninja Tune will release Vapor CityÂ by Machinedrum on September 23.