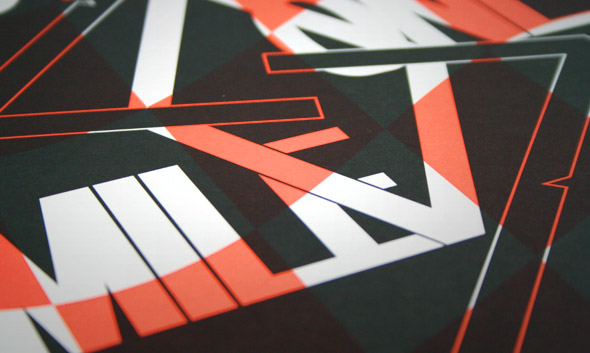 French musician and producer Christelle Gualdi is not your average synth-fetishist. While her reputation was forged through a cluster of Stellar OM Source albums, many self-released, which played around with the almost endless potential of abstract electronica, her musical background is impressively academic. Before moving towards electronic music, she was a double bassist in the Konigin Katharina Stift Schulorchester, studied music theory at Universite Paris VIII, and spent time at the Conservatorie de Paris.

It’s perhaps unsurprising, then, that some of her more ambitious creations – notably 2009’s Rise in Planes on Black Dirt Records – fuse electro-acoustic sounds with the freestyle ethos of jazz. She now finds herself in a different place, musically. Having sparked up a friendship with Leipzig’s most famous son Kassem Mosse a couple of years back, she began to see the potential of pulsating, dancefloor-influenced electronic music. She also managed to buy a vintage Roland TB-303 – the drum machine and sequencer that sparked the acid house revolution – for the equivalent of £20. Armed with the tools of the trade – a TB-303 and her trusty synthesizers – she began jamming tracks.

The results of those electronic explorations can be found on Joy One Mile, her most forthright, intoxicating and accessible album to date and one complemented by Mosse’s mixing and arranging skills. It’s a cannily titled set. Whilst framed by Gualdi’s experimental instincts, not to mention her academic training, Joy One Mile ripples with carefree abandon. Even the album’s darker moments – see the breathless, acid-tinged synthesizer onslaught “Trackers” – have a wide-eyed, rush inducing quality, thanks in no small part to her passion for stargazing electronics, intergalactic melodies and cosmic atmopsherics.

RVNG INTL have been at pains to point out that Joy One Mile is not a dancefloor album, yet its inspirations such as Cybotron, acid house, Drexciya, Dutch electro, snappy Chi-town jack, Kraftwerk era European proto-techno, and ‘80s electrofunk are firmly floor-friendly. It might not be a collection of tracks designed to cause a commotion on knowing dancefloors, but you’ll hear many of its greatest moments – the shimmering delight of previous single “Elite Excel” (also present on the CD and digital versions in Kassem Mosse remix form), the spine-tingling retro-futurist thrill of album highlight “Par Amour”, on which she utilises the accapella from a Monie track released through Submerge – at all the most interesting parties this summer.

Of course, it’s not all full-throated, basement-bothering hedonism. In fact, some of the album’s strongest moments take a much more considered approach. The stark, angular opener “Polarity”, all snappy electro rhythms and fuzzy analogue pulse, eventually turns into a far-sighted exploration of early Detroit techno, complete with spine-tingling synthesizer melodies. “The Range”, one of many breathtaking moments, contrasts clattering, off kilter beats with Cybotron chords, picturesque melodies and chords that sound like they’ve been beamed down from another dimension. It’s like Legowelt, Juan Atkins and early Speedy J all rolled into one.

Best of all, though, is the closing suite, “Natives/Most Answers Never Unveiled”. From a woozy, emotion-rich start, Gauldi slowly ratchets up the tension, layering bubbling, Artificial Intelligence-era Warp melodies atop sparse, snappy percussion. Eventually, it breaks free, a ragged acid line propelling washes of cosmic synthesizer chords forwards. When it breaks down to leave little more than woozy, near-ambient electronics, you’ll be on a higher plane.

Gualdi is clearly a huge talent. Where previously she impressed with her steadfast commitment to electronic music’s abstract fringes, here she has proved her dancefloor credentials. Joy One Mile is by far and away her best work to date, and a thrilling exploration of intergalactic analogue funk. More please!