Ever a label to adopt an interesting angle when it comes to the art of compilations, Strut have enlisted Walls member and sometime Banjo or Freakout artist Natalizia to document the DIY primitive electronics and new wave scene that grew out of a period of extreme political unrest in 1980s Italy. Due for release in August, the compilation features a weighty 26 tracks which cover a period of Italian electronic music and new wave that’s been touched on previously by labels such as Mannequin, specifically the two Danza Meccanica compilations released in conjunction with In The Night Time. However these compilations didn’t necessarily adopt a similarly overt political tone, and there’s little crossover in the track listings of those two Danza Meccanica releases and the forthcoming compilation from Strut which demonstrates how rich a period of untapped music history this is.

A press release from Strut quotes Natalizia’s interest in the Mutazione project was to demonstrate there is more to the latter stages of 20th Century Italian music than the Italo Disco and prog rock of Daniele Baldelli and co with the compilation covering the more experimental end of the new wave scene which for him is “the most exciting music to emerge from Italy over the last 30 years and, since much of it was originally released in such limited quantities, it has remained relatively undocumented until now.”

Natalizia has his own past in a more modern take on Italian post punk to call on, having been a guitarist in the Disco Drive trio that released two LPs and numerous singles in the previous decade. As well as Natalizia’s input, Strut have comissioned extensive sleeve notes from Andrea Pomini and Alberto Campo, two of Italy’s foremost music and culture commentators for the physical editions of Mutazione which also feature a wealth of original photos alongside artwork from fanzines, cassettes and LP covers. 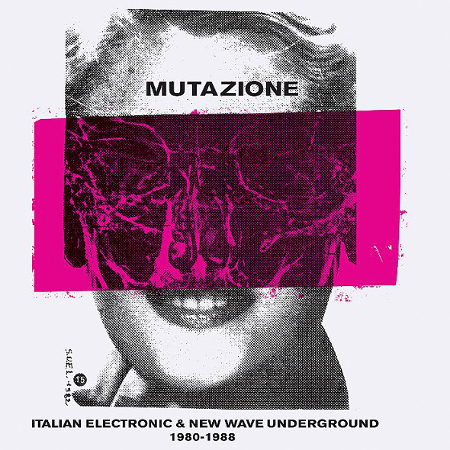