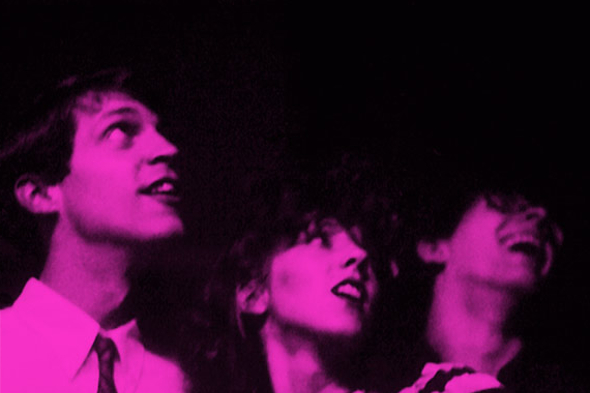 The minimal wave classic “Flying Turns” will be issued with a pair of remixes from Ricardo Villalobos on the Pressure Traxx label.

“Flying Turns” first featured on Signals From Pier Thirteen, the highly prized EP Crash Course In Science release through the Press Records label in 1981 and has since become the Philadelphia trio’s signature tune. The track’s combination of corrugated synth lines, proto-techno rhythms and the urgent vocals of band members Mallory Yago and Michael Zodorozny have seen it licensed for numerous compilations over the years – including the 2007 Lost Tapes and 2010 Minimal Wave Tapes Vol. 1 from the Minimal Wave label. Furthermore, it’s become something of a favourite for numerous DJs; J Rocc edited it for a 12″ of minimal wave edits on Stones Throw, whilst everyone from Funkineven and Kyle Hall to DFA’s grizzly overseer James Murphy is a fan.

Crash Course In Science are still very much active today, and look set to be opened up to a whole new audience with this forthcoming 12″ release on Pressure Traxx. The genesis of these forthcoming remixes can apparently be traced back to label founders Einzelkind and Frost listening to records in the studio of fellow Frankfurter Heiko Schäfer, whereupon they chanced across “Flying Turns” and were inspired to make their own edit. Furthermore, they have commissioned Ricardo Villalobos to remix the track, with the celebrated German-Chilean producer delivering two reworks – you can stream clips of all the tracks from the 12″ below.

Pressure Traxx will release Flying Turns by Crash Course In Science on June 17.