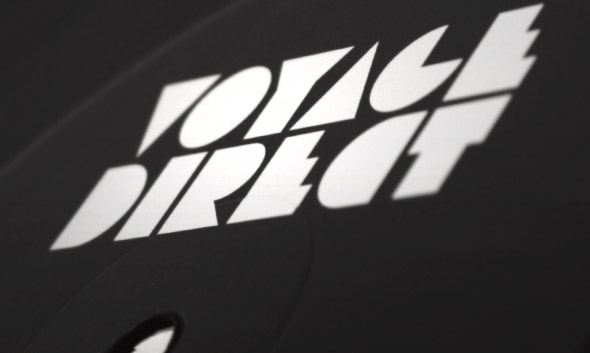 “There has to be soul in it, even if it’s ugly, fast and loud”. It’s a line pulled from Awanto 3’s bio, and an integral part of the ethos of the Amsterdam artist raised as Steven van Hulle, whose releases on Dekmantel, Kindred Spirits and Rush Hour have a knack for intertwining smooth and uncomfortable sounds in a prickly and pleasurable way. For every track that packs a feel-good block party neighbourhood funk, like 2010’s “I’m Cumming Baby” from Hulle’s For Five EP on Rush Hour, there’s a moodier other side, like the distortion-laden collaborations with Tom Trago as Alfabet that sounds like a lone bongo drum being led into the dark woods to be torn to bits by frothing distortion.

Given these previous collaborations with Trago, It makes sense that Hulle’s latest EP as Awanto 3 is delivered by none other than the spaced out, Trago-curated Voyage Direct label, whose affinity for slow growing deep sounds fits the jazz-influenced roots that Hulle often structures his compositions around. Lead track “Holy Mozes (Made Me Lucky)” is reminiscent of Awanto 3’s recent Amsterdam-based jam session with Young Marco & Tom Trago that yielded the dreamy “Physical Thrill” cut, a viscous slice of slow-motion deep house.

Here Awanto 3 is on similarly playful and restrained form; a thick kick drum, chirping chorus, and ominous scaling synth line form the minimalist core of the track until a lush drum line culminates the whole affair. Then it’s back to those unpredictable synths cutting in and out, stuttering the momentum of the track until a slow and graceful fadeout – an appetite whetter that pulls back before you can get your fill.

However, the most curious thing about Awanto 3 might be the disconnect between names and tones of tracks – just as “I’m Cumming Baby” had plenty of funk and soul, but was devoid of the sultry undertones its name implied,  sinisterly titled “The Gun”  touts nothing that comes close to sounding threatening. It’s propulsive, quick-paced, full of quickly struck hi-hats, thudding kick, hollowed out cowbell, but even at its most frantic, it still sounds much more like an unabashedly fun early morning club tool than anything that could be used to end a life. Regardless, it’s the track here that immediately jumps out and demands attention – one that’s sure to speed up the rhythm of the dance floor to a near-breakneck pace, and one that’s equally indebted to pissed-off techno and blissed out funk.

Long time Rednose Distrikt collaborator and old friend Aardvarck makes effortless work of polishing “The Gun” into something more resigned and streamlined; gone is the sugar-rush induced pace and chaotic clattering, but in its place comes a bit more of a nod-inducing rhythm, shadowed in layers of reverberation – kind of like a kerosene-drenched ambient reworking of Jay-Z’s “99 Problems” will get you halfway there. As an EP, Holy Mozes brings forward two equally strong sides of the eclectic producer and asks you to pick a favourite – it’s debatable whether there’s anything ugly or loud on here; but it’s all soulful.