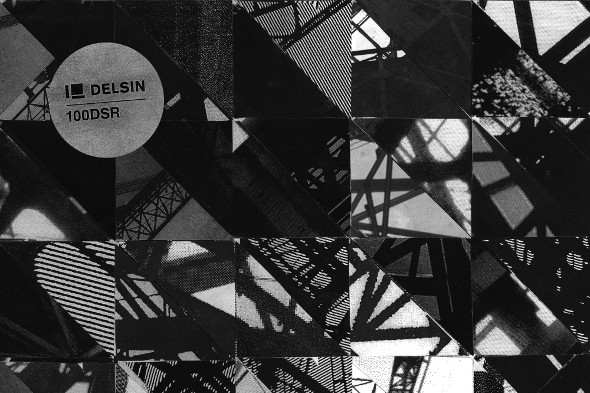 Familiar artists and newcomers feature on the forthcoming 5 part vinyl compilation to celebrate the seminal Dutch imprint’s centenary of releases.

If you count the number of re-issues and special releases to come from Delsin since its inception in 1996 – not to mention its rejuvenated Ann Aimee sub-label – Delsin’s output far exceeds 100 releases. However, after 17 years the Dutch label has finally reached its 100th official DSR title, to be spread across five various artist EPs, with all fifteen commissioned tracks also being collected for a forthcoming CD edition.

Sawlin, Conforce, Redshape, Mike Dehnert and Delta Funktionen have been invited back to celebrate the centennial release, as have one-time Delsin act Herva and Newworldaquarium’s Ross 154 project, who supplied a single Delsin release back in 2004 with the Strike album. Mancunian act Claro Intelecto, Suffolk-based prodigy Gerry Read and Russian dubby house and techno producer Unbroken Dub will all grace 100DSR/VAR1 – made available to preview below – following up their respective releases on the famed label last year.

Label founder Marsel Delsin was also quoted saying of the milestone: “the tracks (on 100DSR) are all individual offerings but are tied together with the common themes of the label, and as a compilation will paint a nice overall picture,” adding, “after many different life cycles, with this compilation I try a bit to go back to the core of Delsin, to showcase more soulful but still raw techno sounds from a selection of key artists who best represent the label”.

The first 100 copies of each EP will be come as a limited coloured vinyl and the first EP – and complete box set –  is now up for pre-ordering through the Delsin webshop.