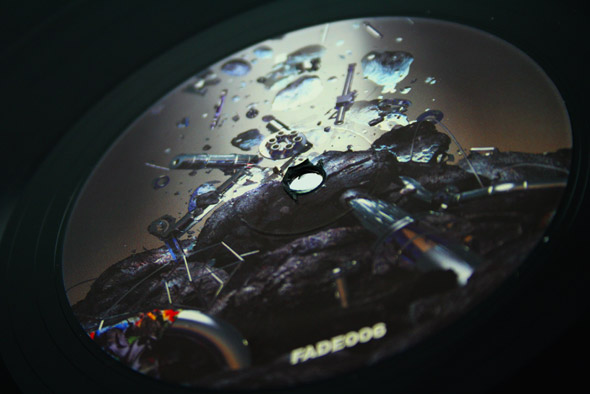 The human voice is a powerful thing, but in recent dance music history it’s also a resource that’s wrung dry of its emotional resonance on a regular basis. R&B songs have found themselves especially subject to being transplanted into a range of electronic genres in recent years, whether Burial’s distorted interpolation of Ray J’s “One Wish”, James Blake’s manipulation of Aaliyah’s “Are You That Somebody?”, or Blawan’s demonic pitch-shift of Brandy’s “Wanna Be Down”.

Whilst these examples treat the source material with a healthy dose of admiration, it’s arguable that many others don’t extend the same consideration. It’s become commonplace to hear several seconds of a recognizable R&B sample pitched down and re-contextualized in macho techno fashion, the strong vocal cry of the original track reduced to a meek vehicle for syncopated drums to clatter over the top of, relegating the original voices to anonymous squeaks.

Kingdom (Ezra Rubin) approaches dance music and the human voice from a completely different angle – while his productions have quite often skittered on the framework of pop music, clocking numerous unofficial revisions of top 40 names such as Ciara, Keyshia Cole and Monica into the fold, his tracks have the unique quality of fully complimenting and drawing out the diva-dom of their subjects, a tribute to the power of the female voice. In addition to leaving largely unaltered chunks of vocals in his mixes, Rubin’s edits often take on ethical connotations, such as removing professional dirt bag Chris Brown from his edit of recent Brandy single “Put It Down”, or dubbing Sean Kingston out of his track in favour of Nicki Minaj’s verse in “Letting Go”. The whole process seems un-egotistical to the point where, watching Rubin DJ live, despite his tall, thin frame that’s often clad in a baggy XXL t-shirt, he seems to vanish into the background when DJing.

In one of his first recorded interviews, Rubin stated “I’m really into female-oriented genres”, and while it’s a sentiment that’s been evident throughout his production history, it’s never been more eloquently displayed than on “Bank Head” the opening track of his new Vertical XL EP which features the vocal talents of Kelela Mizanekristos. As demonstrated on her contribution to last year’s Teengirl Fantasy long player, Mizankristos has an immediately arresting voice that absolutely dominates the track – eloquent, powerful, but never glossy or over-produced: You can hear Groove Theory and Brandy in the mix as inspirations, but she also displays a formidable ability to rise and drop her tone effortlessly. Since “Bank Head” is perhaps more of a ballad than club track, Kingdom keeps his contributions tactfully minimal here, offering some swirling synths and a steady handclaps to mark time, but acknowledges that he’s riding in the backseat on this one.

While “Bank Head” is the immediately arresting pick from Vertical XL, Kingdom is still a powerful producer when voiceless. “Zip Line” gives Rubin a bit more of a chance to play around with the structure employed in “Bank Head”, adding in a surprisingly playful fluttering string symphony to the track, distilling some of the warm nostalgia of old Usher tracks while still sounding futuristic, almost as if it’s being plunked out on icicles in the gigantic ice hotel where Tweet’s “Oops (Oh My)” was filmed in.

“Takedown Notice” is almost meditative compared to the rest of the EP, and while there are still hard mechanical artillery sounds clanging throughout, it moves so slowly through them that it instills an odd sense of peacefulness. “OG Master” opts for the more aggressive route, sounding both uncrowded and punishing with its bursts of choral ephemeral chanting, broken glass sound effects and Neptunes-esque hip hop drums, lasers and tongue-click sound efforts in full tow. It’s a reminder of how well Rubin’s productions incorporate an often-overlooked element of R&B: A feeling of foreboding, which is on full display in the whiplash-inducing “Corpse”, pairing soft chimes with violent snapping sounds and a pummelling drum line, merging harmonious melodies with underlying menace.

It’s just a guess, but there’s a rich history of dark R&B imagery that it’s possible Rubin is taking inspiration from here, be it the stalker Monica references in “Knock Knock”, Missy Elliot’s bee-covered face at the beginning of “Get Ur Freak On”, or Janet Jackson eating spiders wielding an aluminium bat in “Son of a Gun”. Whether Kingdom’s music is an intentional mission statement against the “inappropriation” (inappropriate appropriation) of R&B sampling, it’s absolutely a respectful and tribute-giving alternative to it.