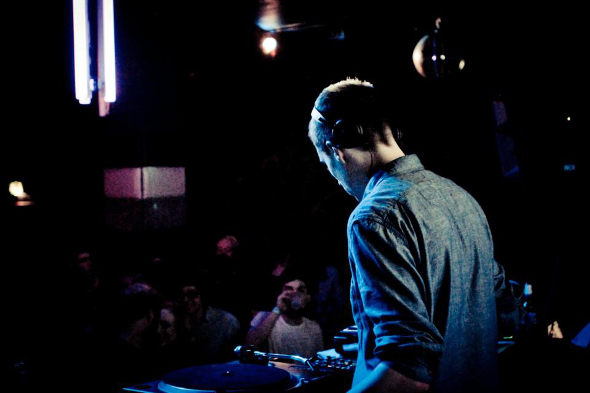 Launched last year, the Dnuos Ytivil imprint was started as a sublabel of Peverelist, Kowton and Asusu’s Livity Sound label to “release music that is in line with the Livity aesthetic but isn’t produced by the trinity behind it”. After inaugurating the sublabel last year with the Bounce EP, the Manchester-born Alex Coulton will return to deliver the label’s second release.

The War Games/Pointe Noire EP – which is available to preview below – sees Coulton trading in more of the minimalistic, Shackleton style polyrhythms and dark, dubstep-inspired textures of his previous Dnuos Ytivil release; Coulton will enjoy a whole 12″ to himself this time round, after Peverelist supplied last year’s Bounce EP with a remix of the title track. It also continues what has been a busy year for Coulton so far, providing his fourth release for 2013 after supplying the 92 Points label with its most recent EP, a split a 12″ with Youandewan for 2nd Drop’s Future Foundation series, and an EP for Hypercolour’s sub-label HYPE_LTD at the beginning of the year.

A. War Games
B. Pointe Noire