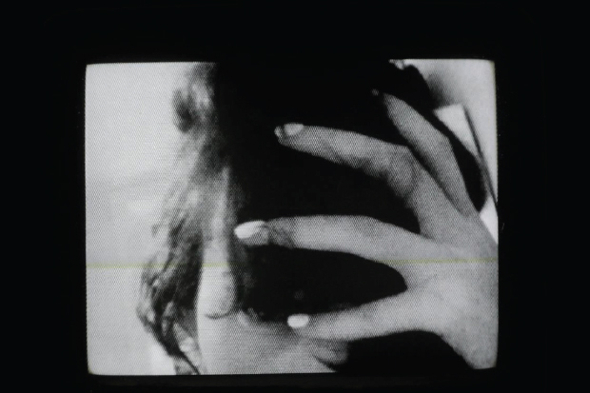 Asher Levitas of the cloaked Old Apparatus collective and Norwegian voice Linn Carin Dirdal will see the first release for their Saa project on left_blank.

Although the Old Apparatus collective are known for their dark hybrid sound, Levitas was responsible for their Sullen Tone label’s third release, Alfur, which was notable for its lighter hip hop tones that had much in common with Tri Angle’s spectral R&B. Earlier this year, Levitas unveiled the Saa project with Oslo-based singer-songwriter Linn Carin Dirdal, giving his solo material a more human element.

Originally appearing on Soundcloud earlier this year, the material has undergone some tweaks for the duo’s Saa EP, which will also provide the left_blank imprint’s first release of 2013. Fitting more closely with the the frail electronics of the label’s WIFE release from last year than the ramshackle dancefloor constructions of their EPs from Vessel, a taste of the release can be heard in “Your Sword Is Your Silence”, available to stream below. Had it been the mid ’90s, Saa would perhaps be instantly comparable with the cantankerous drums of Portishead, the sprinkle reverb of Goldfrapp, Enya’s vocals and the minimalisms of Philip Glass, but with the track’s stepper rhythms and undulating sub-bass, it’s fair to say Saa blends trip hop and post-dubstep constructions with pastoral Scandinavian folk and Norwegian pop.

left_blank will release Saa EP by Saa on July 8.