Laurel Halo – Behind The Green Door 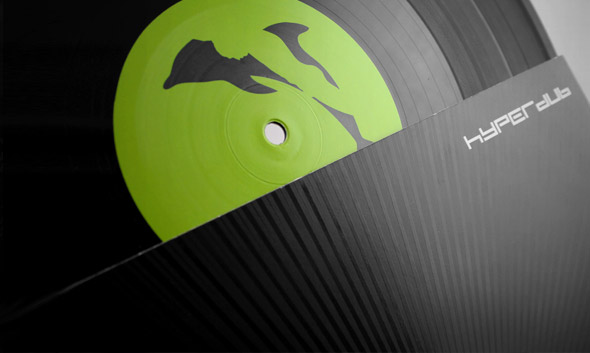 After the success of her Quarantine album, Laurel Halo makes a welcome return to Hyperdub and she’s tackling that tricky premise of following up a widely praised release by veering off into completely new territory. The sunkissed lo-fi charm of the long-player has been buffed, scrubbed, pumped and delineated into a collection of four tracks that deal in nebulous stylistic traits somewhere between the ghost of dubstep and the half-life of techno, a world away from the winsome, folky tendencies Halo was readily displaying before.

In truth, the opening strains of “Throw” provide a false sense of familiarity, as brittle piano chords chime out with the same richness of musicality that Halo has always possessed, and even the first trickles of rhythm that come fading in could continue down any number of expected paths. In many ways, it’s the anchoring kick with its resonating bass frequencies that signals this is heading in a very different direction, and by the time the full subby 808 tone reveals itself this is clearly turning into a more techno-informed affair. There are elements of percussion that rattle through effects reminiscent of early Autechre, while other rough scrapes fire off against the core rhythmic structure to create a straining sensation. Through it all though, the piano remains a central figure, stark in its fragility, and even the tail of its reverb rings constantly when it takes a break in the mid-section.

There’s no subtle lead-in on “Uhffo”, as the braincell thieving kick pattern thuds out on its own, unconcerned with having any company in its primal stomp. When the synths do come slithering in, they’re strange, alien flourishes that skirt around notions of harmony whilst managing to hold together for the sake of the track. There’s a greater sense of found sound at work here, not least in the curious snare-like hit that rears its complex tone in the breakdown, only to be superseded by a focused melodic hook that comes on eerie and locks into a loop fully primed to drag you under. Being able to move from that headspace to a calming balm of pads says a lot about the emotional dexterity Halo is able to put into her music.

“Noyfb” arguably comes on with the most DJ-friendly intro, embracing a fully formed rhythmic pattern that nags away in a shuffling groove, with only whispers of synth flitting around in the background. Of course it can’t stay that measured for long, and soon a juggernaut of low-mid bleep comes barging in, dead set on knocking the beat off course. This switches into an entirely removed bliss out into more delicate chimes (with the occasional freak-out quickly thrown in and pulled out for good measure) again leaving your spiritual response to the music on tenterhooks.

With the most instantly identifiable vibe of all the tracks, “Sex Mission” kicks off on an energized dub techno slant before of course melting away into more esoteric territory. A strong bank of pads murmur behind the rhythmic diversions, teasing out a prolonged break before the solid 4/4 kick comes booming back in, and once again you’re plunged into a careering dive that turns nice and nasty at erratic intervals, with only the pads to tell you everything is alright.

Behind The Green Door is a triumph on damn near every level for Halo, seeing her charge without fear into a wholly new discipline and making it undeniably her own. There’s an excitement and unpredictability in this music that gives it an air of timelessness (although of course only a few years out in the real world can tell that for sure), and as such it’s a thrill to listen to. Without pandering to any perceived rules of dance music, she has managed to work just enough structure in there to make these tracks playable for the braver DJs, and yet there’s nothing obviously clubby about these tracks. That’s a very hard trick to pull off, but it speaks volumes for the skill and soul that Laurel Halo is ever-increasingly displaying.