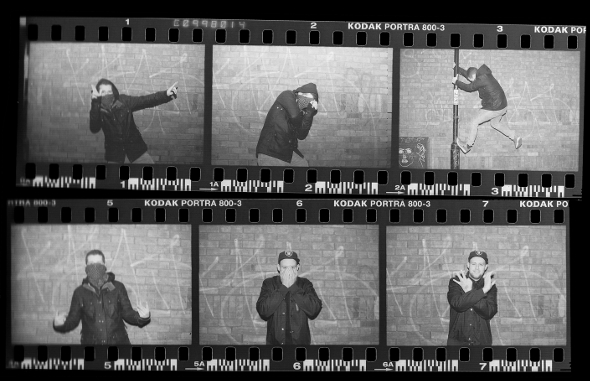 Grime loving Bristol duo Kahn & Neek will return next week with the next release on their own Bandulu imprint.

Prolific Young Echo member Kahn has been putting out records for the likes of Punch Drunk, Idle Hands, Deep Medi and A Future Without since 2010, with a particular focus on classic dubstep and garage. In 2012, Kahn teamed up with fellow Bristolian Neek – both friends and notable grime enthusiasts for some years – on the Percy single for their own Bandulu label; something of an update on the raw, punishing grime instrumental template laid down by Youngstar’s “Pulse X”, it stood out thanks to its furious energy and confrontational Flowdan sample.

Although the pair returned in November with the dancehall influenced Backchat/Dubchat, the inaugural release for Hotline Recordings, news of the duo’s return to Bandulu is particularly exciting, especially as it sees a return to their grime beginnings. Entitled Chevy/Thief In The Law, news of the 12″ – supposedly arriving next week – was revealed via Kahn’s Soundcloud page together with a short preview which can be heard below. On the basis of the clip, we can only assume that the pair are now engaged in some kind of West Country game of one-upmanship with Kowton to see who can create the noisiest basslines and roughest percussion.

Bandulu will release Chevy/Thief In The Law by Kahn & Neek on 12″ next week.

A. Chevy
B. Thief In The Law