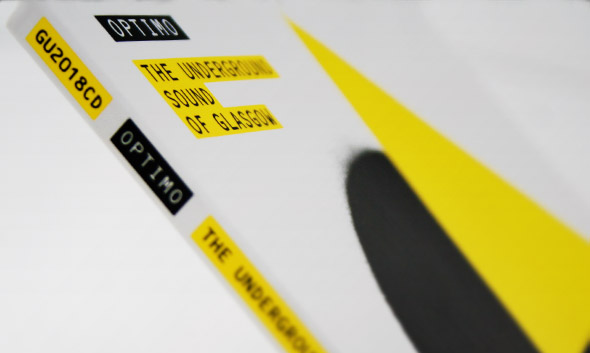 There has always been something special about the underground music scene in Glasgow. Ever since the post-punk boom of the late ‘70s and early ‘80s, Scotland’s second city has danced to a different tune. In the last two decades alone the city has been responsible for a dizzying array of inspirational bands, DJs, club nights, labels and producers. The city’s nightlife, in particular, rivals anything found outside of London, and its small, compact nature almost makes it more attractive than the sprawling scene found in the UK’s capitol city. This vibrancy is no fluke; it’s a product of two typically Glaswegian traits – a deep-rooted hedonism combined with a no-nonsense approach to life. If they can dance all night, they will, but the music has to be spot on. For the most part over the last couple of decades, it has been.

Arguably, Glaswegians have been spoiled by an abundance of riches. The anything-goes, bass-centric madness of the Numbers crew like Jackmaster, Rustie and Hudson Mohawke, contrasts sharply with the city’s long established house and techno scene, characterized by veteran labels like Glasgow Underground and DJs such as Slam, Soma, Funk D’Void, Marco Bernardi (now resident in Bristol, but still every bit as Glaswegian as ever) as well as rising labels such as All Caps and Dixon Avenue Basement Jams.

Then there’s the city’s love affair with the place where house and disco collide, represented by those inspired by Sub Club legend Harri, such as his old pal Dicky Trisco (chief of the Disco Deviance, Autodisco and Maxi Discs labels), Ooft, The Revenge and the rest of the Instruments of Rapture crew. Go further leftfield still, and you’ll find even more riches – a melting pot of analogue electronics and fuzzy post-punk guitars often championed by JD Twitch and JG Wilkes of Optimo fame. Glasgow has got it going on, all right.

Given this abundance of riches amongst an thriving scene, it’s perhaps unsurprising that local label Glasgow Underground has chosen to kick-off its new DJ mix series celebrating its home city from one of its adopted sons. JD Twitch spent his formative years in Edinburgh, presumably casting envious glances westwards down the M8, before finally moving to Glasgow in the ‘90s. Since then, he’s become part of the furniture, first through the long-running Sunday night Optimo parties (the weekly sessions stopped in 2010 after 14 years), and latterly as a globetrotting DJ/producer/remixer whose notoriously eclectic record collection and skill for rocking a party is the stuff of legend. Who better to mix a compilation celebrating the quality of Glasgow’s electronic music scene than somebody who straddles it?

This debut volume of the The Underground Sound of Glasgow series is not an exhaustive representation of all the above. Instead, Twitch has been selective in order to keep things flowing nicely. For example, there’s no sign of the wide-eyed, bass-propelled business pushed forward by the aforementioned Numbers crew, and only the briefest nod to the city’s house and techno veterans with a solitary cut from the ever-reliable Funk D’Void. This isn’t a huge criticism, rather an observation; clearly, Twitch decided it was more important to capture the essence of the city’s electronic music scene to a certain degree, than tick all of the boxes.

It was probably a wise choice, because The Underground Sound of Glasgow is a suitably hedonistic, feel-good excursion. Impeccably mixed throughout and packed with energy, it impressively builds, drops, rises, drops and builds again for 70 minutes. If it provided the soundtrack to a night down the Sub Club, few would have any complaints. This being Twitch, there are plenty of curious turns and inspired, leftfield selections. Bill Wells’ superb collaboration with distinctive Arab Strap vocalist Aidan Moffat stands out, the latter’s grubby, poetic observations sound great over the former’s twisted electronics and mournful pianos. Almost as impressive is the woozy, wide-eyed Clydeside Balearica of Debukas, the biting sea breeze of Lord of the Isles’ blissful “I Remember” and the R&S-goes-new beat vibes of “Ghent”, a track from the Doubleheart project Twitch does with Neil Landstrumm

By the time Twitch gets into full stride, the unheralded dancefloor nuggets come thick and fast, from the spitting, Detroit-influenced pulse of Naum Gabo’s “Ay & Oh” and Scott Fraser’s analogue shuffler “Remains The Same”, to the breathless late night jack-attack that is Dollskabeat’s “Bored of Shit”. And so it goes on, constantly pushing up the energy levels a notch of two. By the time Twitch draws things to a close with Funk D’Void’s furiously intense “Jack Me Off”, you’ll be spent – and ready to listen to the mix all over again. It might not be a completist’s guide to the Glasgow scene, but it’s a thoroughly entertaining romp that offers a suitably hedonistic summary of all that’s good about the city.