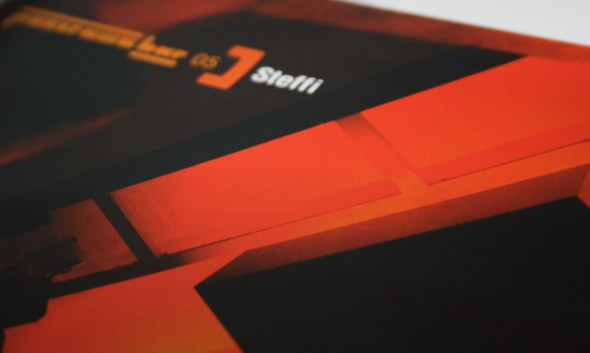 Of all the Panorama Bar residents, Steffi is the most vocal and articulate champion of classic and contemporary house and techno. While Prosumer focuses on New York and Chicago sounds – which, as anyone who has heard him spin will attest to, he does with great skill – and Cassy maps out the lines where modern and classic minimalism meet, Steffi takes the listener and audience to the deepest levels.

This fifth instalment in the club’s mix series delivers on everything one would expect from the Dutch DJ. It starts with the dubby drums and sensuous synth lines of “18:30”, Redshape’s Palisade side project, opening the mix before veering through Endian’s dreamy “Doze” and the seductive strings of Big Strick’s “Hayday”. It then moves into a contemporary take on house via the spiky metallic rhythms of BLM’s “The Nest” before progressing to the middle ground between house and techno thanks to tracks from Fred P and Naoki Shinohara.

The latter’s “Timeless” is an irresistible slice of deep house meets techno, its purring bass providing the basis for building synths and heavy claps. Fred P’s “Project 05”, which was one of several tracks specially commissioned for the mix, pushes the classic Detroit sound on a few steps, its powerful low end providing the impetus for mad malfunctioning outer space warbles and spaced out chords. Even though it’s deep, it has a force and robustness that musical tracks often lack. The arrangements from Peterkin and Shinohara lead the listener to the halfway point, after which Steffi decides to go in a different direction.

Tracks from JuJu & Jordash, John Barera & Will Martin and DJ Fett Burger all play to a cut-up, sample-heavy aesthetic, with disco stabs, cowbells, acid licks and even some old school house flutes lending the mix a more fun feel. It’s a temporary mood swing however, and Steffi moves the intensity up a few notches with the jacking, drum-heavy “Post Reunion” by Jurgen Junker and a salvo of acid-heavy cuts from Steffi herself, Dexter and DJ Skull upping the ante.

However, it is testament to Steffi’s programming that the Skull track, “Don’t Stop The Beat” has a deeper side and it allows her to segue into the Transmat-esque contribution from Obsolete Music Technology and Trevino’s “Juan Two Five”, a track whose funk bassline and fragile melodies are a clear reference to Model 500’s “The Chase (Smooth Mix)”. Steffi has brought her signature sound to Panorama Bar 5 – expect everyone else to spend the following months crate digging in a furious bid to play catch-up.