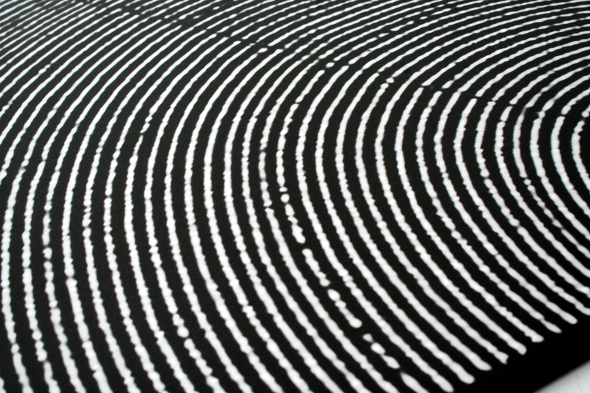 We’ve been waiting several years for an album from Kyle Hall, and this week he finally saw fit to deliver The Boat Party.

Although perhaps not an album in the traditional sense, the eight track set feels like the most unadulterated material from Hall we’ve heard to date, with his noted talent for incessant drum machine work and glistening melodics somehow making their presence felt amongst the thick, mulchy, saturated finish that clogs up the channels – the raucous “Dr Crunch” and viscous, off-kilter textures of “Grungy Gloops” being particularly excellent.

It was joined this week by a host of excellent records in the realm of house, with the latest offering from rising producer Joey Anderson. From One Mind To The Other provided the second record on the fledgling French label Latency, and was filled with the kind of deceptively complex deep house filled with subtle textural flourishes and warm chords; fellow New York producer DJ Jus Ed also returned with Explicit Message, featuring the kind of blue lyrics not heard since the days of Dance Mania. Some slightly more idiosyncratic house maneuvres could be found in the latest record for the cosmically inclined XOSAR, whose fresh 12″ The Calling provided two tracks of rich, non-derivative ’90s inclined house music, something the prolific Willie Burns also achieved on his new release for Creme, Run For The Sunset. Although not strictly house, DJ Sotofett’s dub reinterpretations of Simoncino on Thug Records and Tiago’s new album, Ecstacy & Release, under the TNT Subhead moniker had all the genre’s breezy energy. Steffi’s entry into the Panorama Bar mix series also arrived, along with a three track vinyl sampler featuring exclusives from Juju & Jordash, Fred P and Big Strick.

Straddling the line between techno, house and bass was Bells, the new Punch Drunk record from Peverelist and Hodge. Like Pev’s recent productions, both tracks combine abstract tones with a generous helping of bass weight, but Outboxx man Hodge’s presence brings a slower, more patient quality to the music at hand. It was the antithesis of the new record from Paul Woolford’s Special Request project, which paired the solid techno stomp of “Vapour” with the tearout acid jungle of “Mindwash”. WNCL Recordings also presented Set Apart, the new 12″ from Spatial, which combined searing kicks and intricate percussion with a classic garage house feel, while Slava’s full-length Raw Solutions LP for Software twisted footwork and R&B into expectedly unique shapes.

Techno was suitably well covered this week with a number of killer releases, headed by Delta Funktionen’s Sun Storm single for Delsin. Although his dystopian, electro-informed original was superb, it was Karenn’s remix that provided the real killer, providing a gnarled hardware jam worthy of their recent Kowton refix. Similarly heavy was the fourth EP from Alva Noto and Byetone’s Diamond Version project, moving away from their usual electro stylings for something altogether more lumbering. Slow moving, acid-flecked techno could also be found on Kontra-Musik’s new white label from Fishermen; those looking for a more industrial fix were well served by Paula Temple’s R&S debut, with Colonized and it’s accompanying Perc mix providing a furious combination of iron clad beats and savage textures.

Surprisingly sedate for a Blackest Ever Black release was the debut album from Dalhous. Formerly known as Young Hunting, An Ambassador For Laing sees the duo resampling real instrumentation into a vivid sound collage that recalls a rougher-edged take on Boards Of Canada. Even more brain-melting was Infratracts, the debut album from Philadelphia duo Metasplice which provided a combination of crushing abstract rhythms and searing synth textures. Closer to the kosmische end of the experimental spectrum was the long-awaited Beachcombing collaboration from Factory Floor and Peter Gordon on Optimo Music, with fluid arpeggios and improvised saxophone the order of the day. Finally, the cryptic figure that is Hype Williams man Dean Blunt finally opened himself up a little on The Redeemer, with a surprisingly vocal long player.