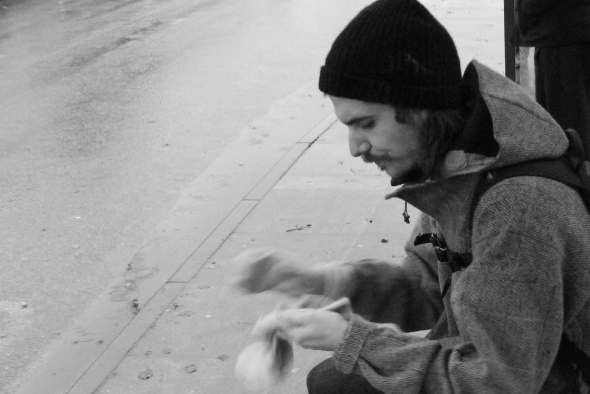 London-based producer Arnaldo returns to the fledgling Blank Slate imprint for their third release – acquaint yourselves with the four tracks here.

Soren Jahan (aka René Audiard) and Kamal Naeem are responsible for Blank Slate, a vinyl-only operation that in its brief life has centred on a sound perhaps best described as Villalobos meets Levon Vincent. Arnaldo’s full debut on Blank Slate drops soon, and follows his contribution to the debut plate of various artists from the Ithaca-based label. As you can tell, the four tracks venture away from the sound of the previous two Blank Slate releases in favour of an approach that blend trimmings of acid bass with Motor City chords, deeper tribal elements and lo-fi stylings similar to Restoration’s mellowed productions.

Arnaldo’s had an interesting life; born in Argentina, he’s subsequently moved from Norfolk to Manchester before settling in London, and prior to working with Blank Slate has released music through Smallville and the charmingly named Greta Cottage Workshop label from Torquay.