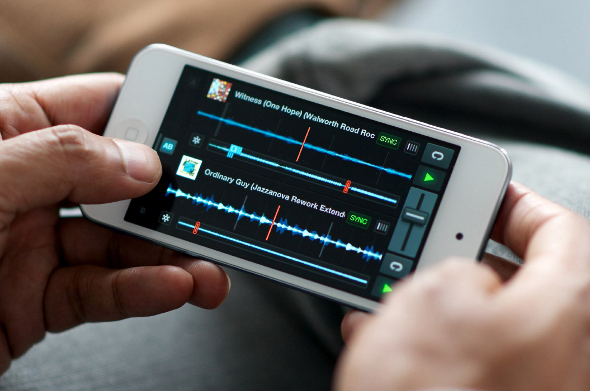 Originally released on iPad in February, Traktor DJ was Native Instruments’ first foray into the world of mobile apps, taking the company’s popular digital DJ software and re-purposing it for the iPad’s touchscreen interface.

Traktor DJ for iPhone looks to be much the same app, albeit redesigned for the iPhone and iPod Touch’s smaller screen factor; the 2-channel mixer, 3-band EQ and filter sections, and compatibility with NI’s Audio 6 and 10 interfaces via the Apple Camera Connection Kit are all present and correct. Given the iPhone’s diminutive screen size however, it’s likely that the app will be most useful for those wishing to set track cue points, which can be synced via Traktor Pro 2 via Dropbox. Those wishing to see the app in action can do so via the video below.