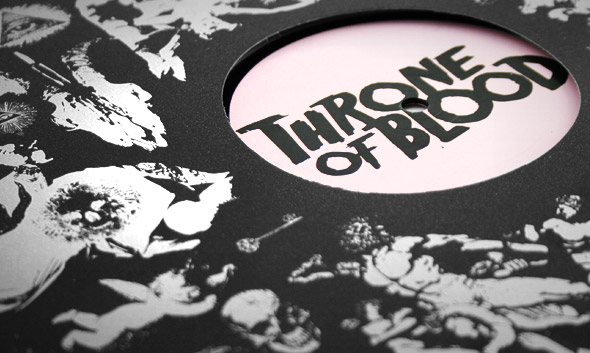 Hardway Bros aren’t exactly an enigma, but they seem to prefer the comfort of quiet corners and pitch-black basements to the full glare of publicity. They’ve never hidden their identities; we know plenty about Andrew Weatherall cohort and A Love From Outer Space co-pilot Sean Johnston, a bit about musical partner in crime Jake Davies, and next to nothing about mysterious third member Rico. But they’ve not played the media game much, either. We do know that Johnston and Davies started their musical careers as Flash Faction, making eye-watering techno oddities for Weatherall’s Sabres of Paradise, and Rico once released a brilliant rework of a familiar favourite on Pointless Edits. Aside from that, zilch.

Not that it matters much, of course. Clearly, they’re keen for their music to do the talking (to coin an old cliché). So far, they’ve impressed, moving from edits of left-field disco curiosities, funk-rock heaviness and post-disco anthems (their version of Severed Heads on Beard Science being a particular favourite) to the sort of occasional original productions that thrill and intrigue in equal measure. These original productions are, sadly, something of a rarity. To date, there have been just three Hardway Bros EPs in four years, with appearances on Lunar Flicks, Astro Lab and Is It Balearic?

Despite this paucity of output, there’s always something impressive about a Hardway Bros original thanks to the twin delights of disparate influences – Krautrock, classic techno, cosmic disco, acid, slo-mo house, Balearica, EBM and post-punk industrial funk – and the sort of sonic aesthetics that emphasize both darkness and light. Musically, they’ve always lurked in the shadows, releasing tracks that favour clandestine murkiness, acid tweakery and darkroom disco over comfy melodies and easy rhythms. Yet even their most intense, intoxicating productions are prone to moments of almost blinding light. 2012’s “Mania’s Theme” is a good case in point; while built around a chugging, low-slung, acid-flecked groove, it was peppered with the sort of rush-inducing synth melodies that took it firmly into Balearic territory.

This latest 12” for Throne of Blood, a similarly minded outlet for subterranean murkiness with a penchant for mixing things up (see the recent Pink Skull tribute to classic Rephlex ‘brain dance’ fodder for proof), delivers more intoxicating thrills in a similar vein. This time, though, there’s little in the way of concessions for the Balearic crowd. “A/B Musique” sets the tone, delivering a fuzzy, distorted slab of strobelight funk indebted to Belgian New Beat. Built around a trademark drum machine rhythm and an angry bassline, it rises and falls with all the electronic intensity of an early ‘90s warehouse cut. Bleep melodies and rising and falling riffs continue the vintage theme, but both are more Aphex Twin than LFO. Fuzzy post punk guitars from Timothy J Fairplay drift in and out of the mix, while the whole thing is whipped along by some of their trademark techno-influenced acid intensity. In truth, it’s almost psychedelic in its outlook.

“Shorty” feels even more robust; like some kind of ballsy fusion of nasty EBM, industrial-strength acid and early ‘90s UK techno, it has all the intensity of a well-timed knee to the gonads. Heady and intoxicating, its razor sharp acid lines and Belgian techno riffery (think early R&S) are almost psychedelic in their mind-altering wonkiness. Keeping matters close, Bird Scarer regular Scott Fraser handles remix duties, offering a well-needed breather on a self styled “Above The Clouds” remix that’s almost the polar opposite of the original. Deeper, more spacious and blessed with soothing chords and pads, it’s almost melancholic in execution.

Certainly, his deft production leaves more room in the mix to marvel at each individual element, from the original’s ragging acid line to the stuttering 909 snares and hissing 808 cymbals. While its mood is decidedly different, it feels like it comes from a similar place. Too many EPs these days come with remixes that offer little new; this brilliantly re-casts the murky original as an intoxicating, deep acid tweaker, with a recurrent vocal sample complaining that “people are not good to each other”. It sounds like a neat summary of our discordant, divided times.