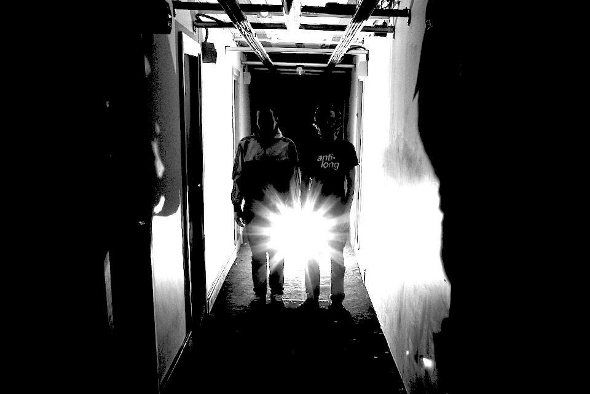 Prepare yourself for the ferocious sonics of AnD’s second white label release.

When AnD surfaced in 2011, the Mancunian duo’s productions drifted between both harder hitting and low end focussed techno with releases on Horizontal Ground and a fledging Black Sun Records, while also combining elements of dubstep and garage with dub techno on 12”s for Idle Hands, Project Squared and their own Inner Surface Music label run with Tom Dicicco.

Late last year, AnD launched their own eponymously titled white label series as a haven for their own rough and unshaven productions, granting the duo an outlet to showcase their love of uncompromising and abrasive sonics. A preview of the forthcoming AnD002 12″ can be streamed below, a collection of tracks perhaps best characterised by some of the Soundcloud comments, including; ‘rude’, ‘brutal’, ‘militant’ as well as the now standard ‘big big big’ and the ubiquitous ‘heavy’. Amidst their harsh arrangements, AnD leave room for their trademark moments of silence, which can be heard to full effect in “002” and “0202”.