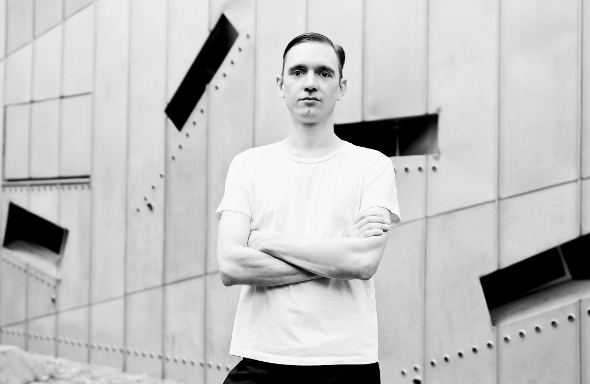 Time To Express will return to Peter Van Hoesen’s Perceiver album with a series of three remix 12″s – Marcel Fengler, Donato Dozzy and SCB all feature.

Released last September, Perceiver marked a triumphant return to production for the Belgian producer and Time To Express founder; described as as “perception altering” by Juno Plus writer Richard Brophy upon release, Van Hoesen’s second album deftly swerved between moments of abstraction and functionalism. Given this diversity, it’s perhaps unsurprising that Time To Express have elected to open the album up to a raft of Van Hoesen’s contemporary techno peers for a series of limited twelve inch releases. Smartly titled Reciever, the series presents six remixes of tracks from the album across three twelve inches that will be released on a fortnightly basis from May onwards, and feature some smart choices.

Hotflush artist Sigha seems a perfect choice to bring out the atmospheric intricacies of “Attack On The Reality Principle,” Van Hoesen’s most intense production to date, whilst his comedy villain label boss Paul Rose does an expert job of peeling away the viscous grunge of “Seven, Green & Black” for a club ready edit under his lesser used SCB alias. Elsewhere both Neel and Donato Dozzy turn in remixes befitting of their Voices Of The Lake project, whilst Berghain resident Marcel Fengler contributes a rather alien, jacking rendition of “Inspection In Solitude”. All remixes were mastered by Dadub at Artefacts Mastering in Berlin and each 12″ will be “limited to 400 vinyl copies”.

Time To Express will commence the Reciever series in mid-May.