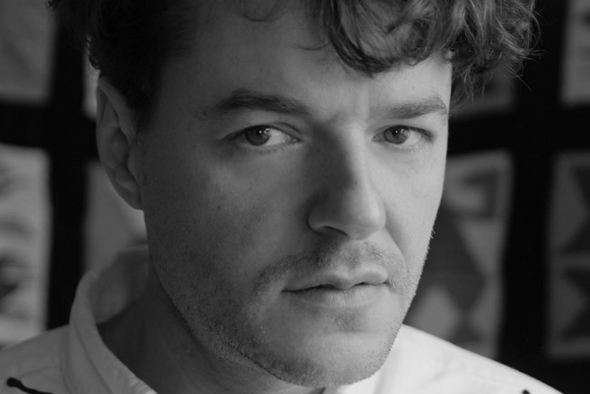 Cómeme have announced details of the Chilean-born producer’s third album, to be released in June.

Although Aguayo moved to Cologne in the 90s and forged strong ties with Kompakt Records, the producer’s unique style has always maintained strong ties with his South American heritage; his solo material, across 2005’s Are You Really Lost and 2009’s Ay Ay Ay both incorporating exotic, sun-soaked instrumentation, jazzy rhythms and Latin vocal murmurings into their synthetic structures. Although Kompakt has been the main outlet for his solo material, it’s an aesthetic he’s been cultivating for his own Cómeme label since 2009, releasing records from the likes of Rebolledo, DJs Pareja and Alejandro Paz.

Now Aguayo has revealed details of his third album, his first in four years. Entitled The Visitor, the album was supposedly recorded over a period of five years, spanning locations including Germany, Colombia, Argentina and Mexico, and is influenced by the “proto-house, new wave, techno and other indigenous body music styles” that he encountered during his travels. It’s the first Aguayo album to be released on Cómeme and will feature contributions from fellow label artists Philipp Gorbachev, Ana Helder, Daniel Maloso and Alejandro Paz. Speaking of the raft of collaborations on the album to Resident Advisor, Aguayo says: “Music is about dialogue and communicating on other levels, that’s why it is more fun and more challenging to involve people in the process, and learn from one another.”

One of the album’s tracks can be streamed below; “El Sucu Tucu” sees Aguayo’s vocals delivered even more confidently than ever, contrasted by an uncharacteristically stern bassline accompanied by a raw drum machine groove, something that verifies the press release’s assertion that Aguayo’s music on The Visitor is “harder, provocative, more up-tempo and psychedelic than it’s been before.”

Cómeme will release The Visitor by Matias Aguayo on June 24.