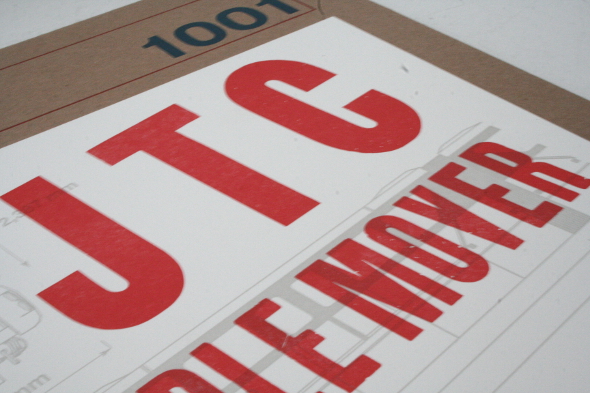 The most enjoyable release of the week proved that the brashest tracks can sometimes arrive in somewhat understated packages.

Although TFB is only the third release to come from Glasgow label All Caps, it already feel like the imprint has begun to carve its own niche, with Kowton’s grime/techno hybrid sound a logical addition to a discography that includes Alex Coulton and Helix. The track itself is as furious a track as Kowton has produced to date, its rusty percussion and speaker-blowing bass showing that his sound isn’t remotely wearing thin. A thumping remix from Blawan and Pariah’s all analogue Karenn project sealed the deal.

Undoubtedly the album of the week came from perennial Juno Plus favourite Cosmin TRG. If such a thing is possible the producer has matured even more on Gordian, with a considered, introspective long player built around glitchy rhythms and glacial melodies; it’s a warm, atmospheric and tactile full-length that proudly wears its techno, IDM and ambient influences on its sleeve. It was quite a contrast to the surplus of thumping techno released this week; Token reissued the tripped out rhythms of Mark Broom’s “Two”, Untold’s Pennyroyal label released a second 12″ of weighty industrial-tinged gear from J Tijn, while Kassem Mosse and Mix Mup’s brilliant mini LP released by The Trilogy Tapes last year received a welcome repress.

Also receiving a reissue courtesy of Alleviated and Clone this week were a considerably older pair of 12″s from Larry Heard’s Gherkin Jerks alias. Originally surfacing in 1988, the Gherkin Jerks alias provided Heard’s roughest, most out-there material, with both the Stomp The Beat and 1990 EPs both containing deep, abstract drum machine jams that had a significant influence on Hieroglyphic Being’s productions. Similarly classic in its approach was People Mover, the new EP from the prolific JTC which kicked off the Ansatz label with four tracks of manic samba patterns, wigged out jazz keys, and delicate house grooves. Equal levels of manic textures could be found in the latest 12″ from cult Berlin duo MMM, with choice track “Que Barbaro” providing a demented combination of squealing synths and tropical rhythms. Slightly less intense, but no less varied, was Kevin McPhee’s return to the Dublin imprint [Naked Lunch], with Version One offering a three track release that seemed to combine deep house, UK funky and techno into a surprisingly melodic package.

The most triumphant return of the week however was reserved for Hyperdub boss Kode9, whose Xingfu Lu 12″ provided his first new material in two years. The producer has been playing a lot of footwork in his sets recently and the title track shows that it’s obviously inspired his new music, combining fast-paced, brittle rhythmic gymnastics with the loopy aesthetic of footwork, while “Kan” repeats the same style with a startling chiptune arpeggio. Eglo Records also finally got around to releasing their long-promised compilation Eglo Records Vol 1, with a 2 CD set that chronologically collects the best of Floating Points, Funkineven, Fatima and the rest of the Eglo family; the price of admission is worth it just for “Vacuum Boogie” and “Roland’s Jam” alone.

There were also plenty of records hovering around the genre fringes this week, not least the debut of Mannequin mainstay Mushy under her new Phantom Love alias. The self-titled EP sees her funnelling her love of everything from John Carpenter to Klaus Schulze into four tracks that ripple with tension and romance. Similarly lush was the Spectrum Spools debut of Quicksails, whose Mayville Dream LP rippled with the kind of vivid yet primitive tones beloved of labelmate Bee Mask. Dynamo Dreesen’s Acido label also delivered the return of experimental synth explorer Tase with some appropriately avant-garde tackle that would fit right in with fellow Acido operators DJ Sotofett and Madteo; it was the first of the two tracks that really impressed, with a pulsing bassline that always seems on the edge of lifting off without ever doing so. Considerably more bracing was the new record from Nocturnal Emissions on We Can Elude Control; featuring several proto-techno tracks originally produced by the outfit in 1982, the music seems especially relevant given the movements of Morphine and L.I.E.S. in recent times.