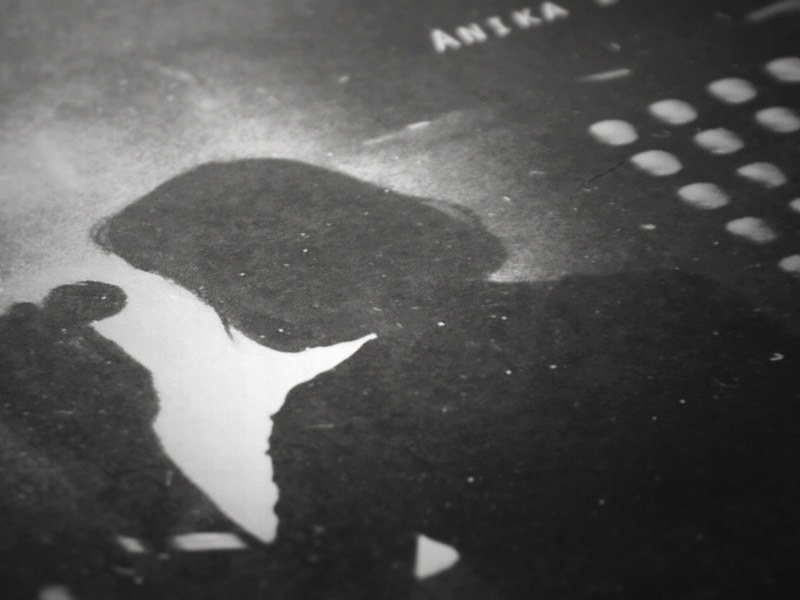 The coming together of two of modern electronic music’s most intriguing minds provided the highlight of our week when Actress met Legowelt on Clone Jack For Daze.

Originally featured on Legowelt’s excellent album The Paranormal Soul last year, “Elements Of Houz Music” found itself the recipient of two remixes from the unique mind of Darren Cunningham, turning in one oblique yet floor-focused version and one that sounded like a 45rpm track played at 33rpm; both however are completely essential for fans of either producer. For those looking for their house music a little less cubist, the album of the week was the eponymous debut from Bristol duo Outboxx, one which seems destined to soundtrack the summer.

More rays of sunshine could be found in Savannah, the third EP in the Synthetes trilogy from Mr Beatnick; revisiting the thick analogue house of his stellar Sun Goddess EP, Savannah touched on the producer’s usual blend of boogie, deep house, and hip hop, with the sweeping strings of the standout “Synthesis” giving Andres an run for his money. Meanwhile Dixon Avenue Basement Jams introduced us to another new name in the form of O.D.D, with the Drum Patter EP providing more of the banging house sounds the label are known for, with “Bumbling Muppet” showcasing a particularly slanted brand of ghetto house-inspired beats. Bicep also returned to Aus with Stash providing some house of the steroid-enhanced 90s persuasion, while Wbeeza released his first material since last year’s excellent “Peckham Fly” in the shape of the Mo Bella EP.

This week also saw the release of one of the year’s most anticipated mix CDs, as Sandwell District joined the Fabric hall of fame; Fabric 69 is as dark, throbbing and as well put together a set as you could expect from the veteran pairing of Regis and Function, with tracks from Rrose, Silent Servant, Vatican Shadow, Trevino, Untold and more weaved intricately into a techno patchwork. It was matched in tone by the bleak debut from Oake on Regis’ Downwards label, with three tracks that married the gothic, bass driven intensity of Raime’s work with a fragile female vocal presence, and Faint Hearted, the debut album from Demdike Stare’s Miles Whittaker under his own name which provided a diverse collection of frazzled techno industrial noise and savage jungle experiments. The Outermaze, Steve Summer’s latest collection of hardware techno on L.I.E.S. promptly sold out, but Jeff Mills delivered the eleventh – and possibly best – entry in his Something In The Sky series, while Kangding Ray made his full label debut on Stroboscopic Artefacts, with Tempered Inmid representing a further definition of the Raster-Noton producer’s futuristic and classically informed style of techno-meets-electronica.

As far as bass music went this week, the big release was Seven Lies, the debut album from Djrum on 2nd Drop. Spreading his film-score inspired palette across a full length album suits the producer well, offering plenty of opportunity for him to expand his already unique sound outside of techno and dubstep into the realms of hip hop and broken beat. It sits nicely next to the second release on Vase from Arclight, a duo now known to be comprised of Lukid and Simian’s Simon Lord, with Tumble Down working its ways through the same mixture of pastoral and electronic textures. At the opposite end of the spectrum was the arrival of Rustie’s effervescent Numbers drop Triadzz on vinyl, and the 12″ of L-Vis 1990’s excellent foray into four-dimensional grime, Ballads, released digitally last week.

Opal Tapes continued their expansion into the vinyl market with the welcome 12″ release of Piss Fell Out Like Sunlight, the standout release from Twitter caps lock celebrity WANDA GROUP; containing two longform explorations comprised of sample oddities, musique concrète and rhythmic chatter; it’s as odd, and as interesting as the producer’s persona would have you expect. Meanwhile the deadpan tones of Berlin based singer songwriter Anika saw a welcome return on her eponymously titled new EP for the Stones Throw label, the release dominated by the towering cover version of the Chromatics classic “In The City” which has been a long term staple of Anika’s live show’s with backing band Beak>.

There were also plenty of other opportunities afforded for further journeys into the stranger end of sound, with the Acido label’s Soundtracks For No Film Vol 1 providing some outer-spatial, conceptual electronics from the likes of Madteo, Dresvn and SVN, the release of John Beltran’s Amazing Things album and a limited 7″ of noise experiments from Russell Haswell rounding things out.