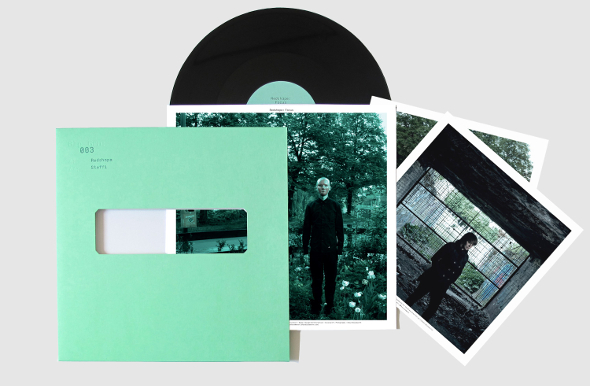 Redshape and Steffi are the latest producers to be inducted into Bleep’s Green Series.

Launched last year by online music store Bleep, the Green Series has brought together the worlds of design and cutting edge music with Karenn, The Analogue Cops, Objekt and Cosmin TRG involved in the programme’s two 12”s to date. The third release will see masked music-man Redshape supply the drum and bassline inspired “Focus”, while Panorama Bar resident Steffi steps things up from her housier output with “Attacke”. You can get an idea of what to expect from the forthcoming record with the video below.

Like previous entries into the series, BLPGRN003 comes fitted with deluxe artwork from graphic crew GiveUpArt and shutterbug Shaun Bloodworth; it will be available in two versions, with the deluxe pictured above including 2 full colour glossy art prints signed by Shaun Bloodworth – more details can be found here. The Green Series will be showcased to full effect at London’s Field Day Festival next month, with DJ sets and performances from Shed, Karenn, Objekt and Bleep DJs.