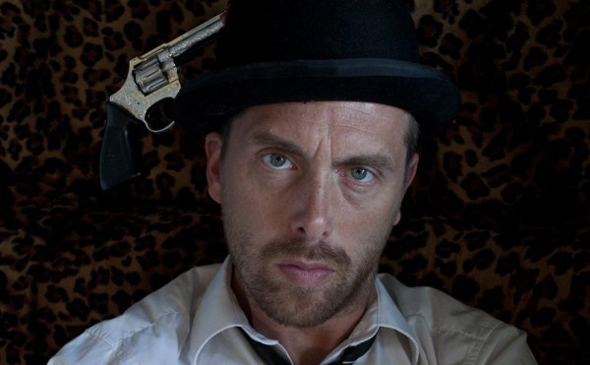 Steven de Peven remains one of Amsterdam’s more cherished secrets; despite a key role in the city’s rich house and boogie heritage that stretches back over a decade as part of the Rednose Distrikt crew, first alongside Kid Sublime and then Aardvarck, the producer is not as well known outside the Dutch capital as some of his peers. Since adopting the Awanto 3 alias, de Peven’s stock has risen thanks to some worthy output across Rush Hour and its various subsidiaries, Dekmantel, and most recently the Parisian club-meets-label Concrete.

The Voyage Direct label run by de Peven’s Alfabet partner Tom Trago is the next to be graced by some Awanto 3 produce, with the Holy Mozes EP which sees him reunited on record with Rednose  Distrikt alumni Aardvarck, who turns in a pretty gritty rolling remix of “The Gun”. The original itself is a sublime example of Awanto 3’s style; a dusty bumping track clocking in at over seven minutes that accrues all manner of mutant rhythmic detail from its humble, cowbell laden beginnings.