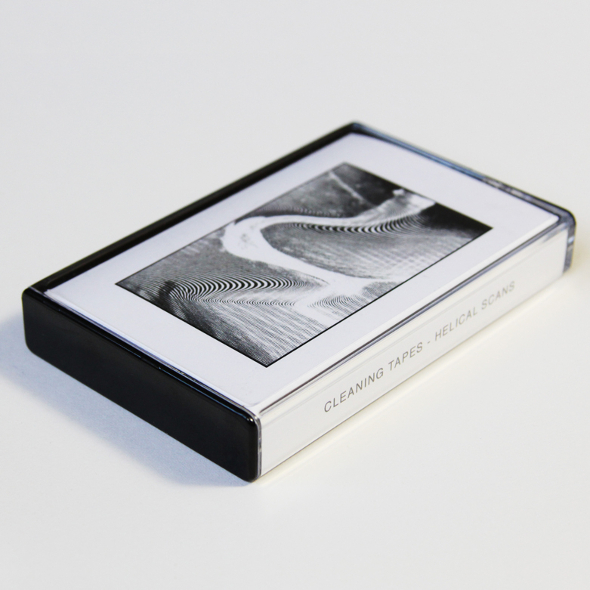 The ten track Helical Scans compilation featuring contributions from twitching caps lock Twitter presence WANDA GROUP, Huerco S, Sagat, DTCPU and more has been in the works for some time, originally planned for release somewhat ambitiously on VHS format. Evidently the issues of working with such a difficult format proved too much, and it will now be released in limited cassette tape format, with the promised 40 minute video from visual artist Ryan Lumley now available online via a URL printed in the sleeves of the 50 manufactured tapes.

Due out on April 29, Cleaning Tapes will subsequently release the compilation in digital format next month ,and the “over-all slouch towards low fidelity and experimental electronics” of the release slot in nicely alongside the strides made by labels such as Astro:Dynamics, Opal Tapes and Vlek Records in recent times. Brief clips are available to stream below which give you some idea of what to expect from Helical Scans, with the reversed gritty sonics of “UKED” from Svetlana Industries artist Microburst immediately resonating.

Cleaning Tapes will release Helical Scans in limited tape format via their own website on April 29 with the digital edition surfacing on May 13.