Beyond The Speaker launch with Legowelt and Willie Burns 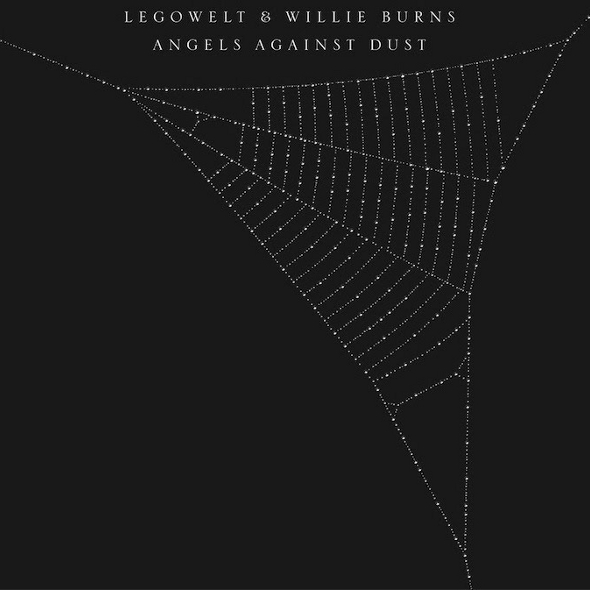 Fledgling label Beyond The Speaker have shared details of their debut release, a split 12″ between Legowelt and Willie Burns.

Entitled Angels Against Dust, the 12″ release will mark the first release for Beyond The Speaker, a label based in the USA and run by Gabe Benzur, Jeremy Berman and Jaume Santaeularia, three friends who met through the forums of the Cybernetic Broadcasting System, the online radio station started by Dutch producer I-F which has since grown into Intergalactic FM.

Given the station’s love for all things of the house and electro persuasions, it makes sense that the label’s first release should demonstrate the trio’s common interests, being split between The Hague’s own analogue superstar Legowelt (aka Danny Wolfers), and New York-based William Burnett, whose earliest productions as Grackle arrived on the aforementioned Wolfers’ Strange Life Records in 2005. In order to find out a bit more about the label’s concept and their plans for the future, we asked Santaeularia a few questions.

You mention that you met on the forums of the Cybernetic Broadcasting System – what was it that prompted the three of you to take the plunge and start a label?

For me, it was wanting to celebrate music that I liked without necessarily being segmented into a genre, and then it made sense to join forces with Gabe and Jeremy to bounce around ideas and have decent graphics, and it made sense to work towards putting out vinyl.

What roles do each of you play in the operation of the label?

Gabe is the art director and graphic designer. Jeremy helped to license the tracks we are releasing from Legowelt, and I mainly pick tracks and try to move everything along. More than roles, I think we have three different personalities which crystallize into the final product. Gabe has an amazing eye and ear for detail and brings the perspective of the house / techno aficionado. Jeremy is a producer under the name Factory Aire, so he has good analytical listening skills. Finally, I can get very opinionated about tracks I want to put out so it’s always good to have different perspectives to bounce off.

A release from Legowelt and Willie Burns is an impressive way to start a label – how did you hook up the release with those guys?

They’re both two touchstones of the music that the three of us listen to, so it was an easy decision to make. Danny and Will go way back and have made music together as Smackulator, and then Danny released some music by Will on his Strange Life label. Gabe knew Danny from when he first toured the US and I have been in touch with Will on and off since I moved to the East Coast. I go to see him DJ in NY when I can.

Danny is a prolific producer so the challenge was to pick tracks that made sense together for a release. Will and I have been sending each other music for some time and we honestly trade critiques back and forth. He had sent me some demos a while back and then when we got started with the label sent me some more. It was a lot of tracks in different styles but all with his recognizable touch. I’m really happy to see that several have made it onto other labels like Trilogy Tapes, Sequencias and Rush Hour.

Do you have anything lined up for the next few records?

For the next record, I am hoping to put out a soundtrack inspired by mysterious technologies that were ahead of their time. I’ve been sitting on it for a while, it’s mastered and almost ready to go. After that (I hope Gabe doesn’t mind me letting the cat out of the bag), we’d like to do another 12″ with several artists but on a more romantic melancholy tip. We’re thinking “Parents Against Teens” or maybe “Rebelling With Headphones” could be a good follow up for “Angels Against Dust”.

Beyond the first few releases, do you guys have a plan for how you see the label developing? Is there a grand plan or are you taking things one step at a time?

Learning to DJ so that I can go out and promote the label while making people dance is my main goal. Being open to surprises when looking for music is another one. There is no master plan, we’re walking backwards with our eyes closed and we’ll see where we end up.

Beyond The Speaker will release Angels Against Dust on 12″ on May 27.