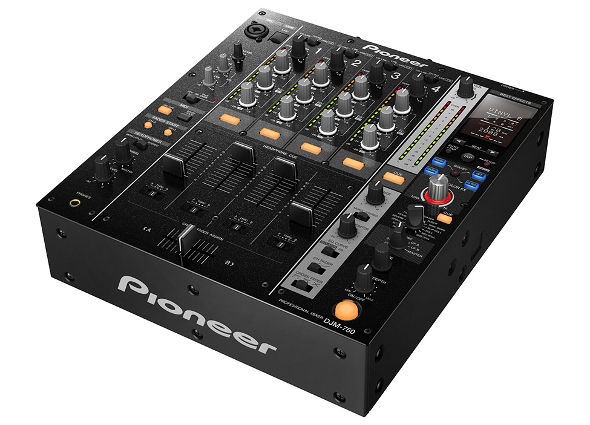 Pioneer have announced details of their latest in their range of club mixers, the DJM-750.

Replacing the DJM-700, the updated model offers the same four channel setup as its predecessor, with dedicated three band EQ and isolators on each, as well as borrowing a number of features from its higher end cousins such as the DJM-850 and DJM-900, most notably a built-in soundcard allowing laptop DJs to connect with a single USB cable.

In addition to this, the new model features a range of effects capabilitites; a new Boost Colour FX feature allows the addition of a second effect the the Sound Colour FX knob, which is linked to the speed of the knob rotation, while 13 dedicated beat effects can be used to add further colour to mixes.

The DJM-750 will supposedly be released in June priced at £839; those wishing to see the unit in action can check it out in the video below.