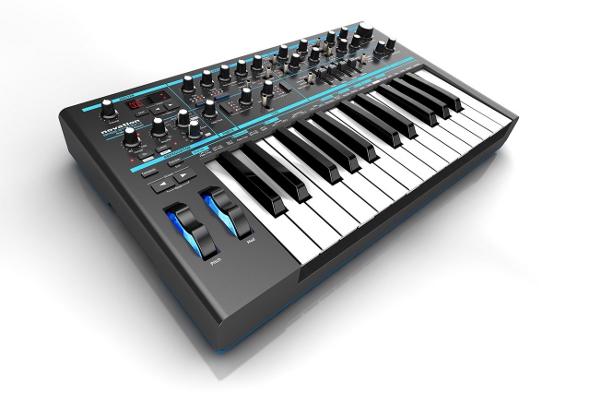 Novation have revealed details of the analogue successor to their classic BassStation synthesiser.

Originally released 20 years ago, Novation’s original BassStation was a small analogue synth designed for thick bass and lead sounds; although discontinued for quite some time, the BassStation name has lived on in Novation’s softsynth of the same name. Although popular, recent years have seen Novation move away from hardware synths into the world of MIDI control keyboards and analogue modelling hardware units like the Ultranova.

However, recent products from Moog, Arturia and Dave Smith seem to have prompted Novation to return to the world of compact analogue synths with the freshly announced Bass Station II. Featuring three oscillators and two filters, the Bass Station II also has standard modern synth offerings in the form of step sequencer, arpeggiator and rewritable patches, but the Bass Station II is marked out from other monosynth offerings thanks to its fully analogue effects section, which include analogue distortion and filter-modulation effects, and a separate filter overdrive.