MGUN returns with If You’re Reading This 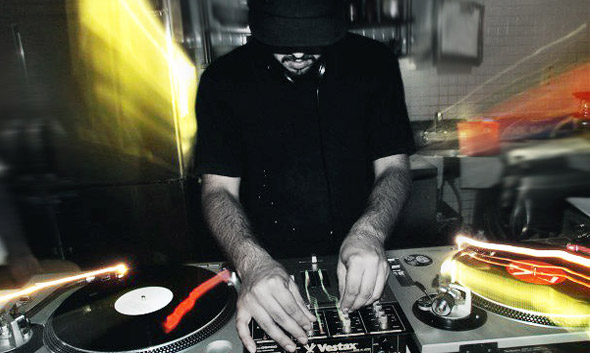 London label Don’t Be Afraid will release a new six track EP from Detroit producer MGUN in May.

You should by now be familiar with the rugged, off-kilter analogue techno of MGUN, otherwise known as placid Detroit native Manuel Gonzales, a producer responsible for some fine 12″ releases since his emergence on Wild Oats. First seen collaborating with Kyle Hall as NSNT PRJCT, Gonzales has latterly impressed on a solo curve since appearing as MGUN on the illuminating Harmnear 12″, going on to score further worthy transmissions for Don’t Be Afraid and Will Bankhead’s The Trilogy Tapes.

Much like the The Near Future 12″ for the latter label, Gonzales’s forthcoming return to Don’t Be Afraid is some six tracks deep which allows him the space for an expansive portrayal of the MGUN production palette with excellent results. Demented moments such as the opening track and the unpronounceable exercise in tape screeching boom bap that is “Jijijijij$ijijijiji” sit next to clubbier arrangements that have similarities to his aforementioned Kyle Hall collaboration, albeit moistened with wet reverb, dribbling acid and washy synths.

It represents the third release from Don’t Be Afraid this year, following on from the Azimuth EP by Alis and the soon to drop Savannah EP by Mr Beatnick, further demonstrating the label’s unflinching commitment to quality over trend under the verbal powderkeg that is label boss Semtek.

Don’t Be Afraid will release MGUN’s If You’re Reading This EP on May 20. 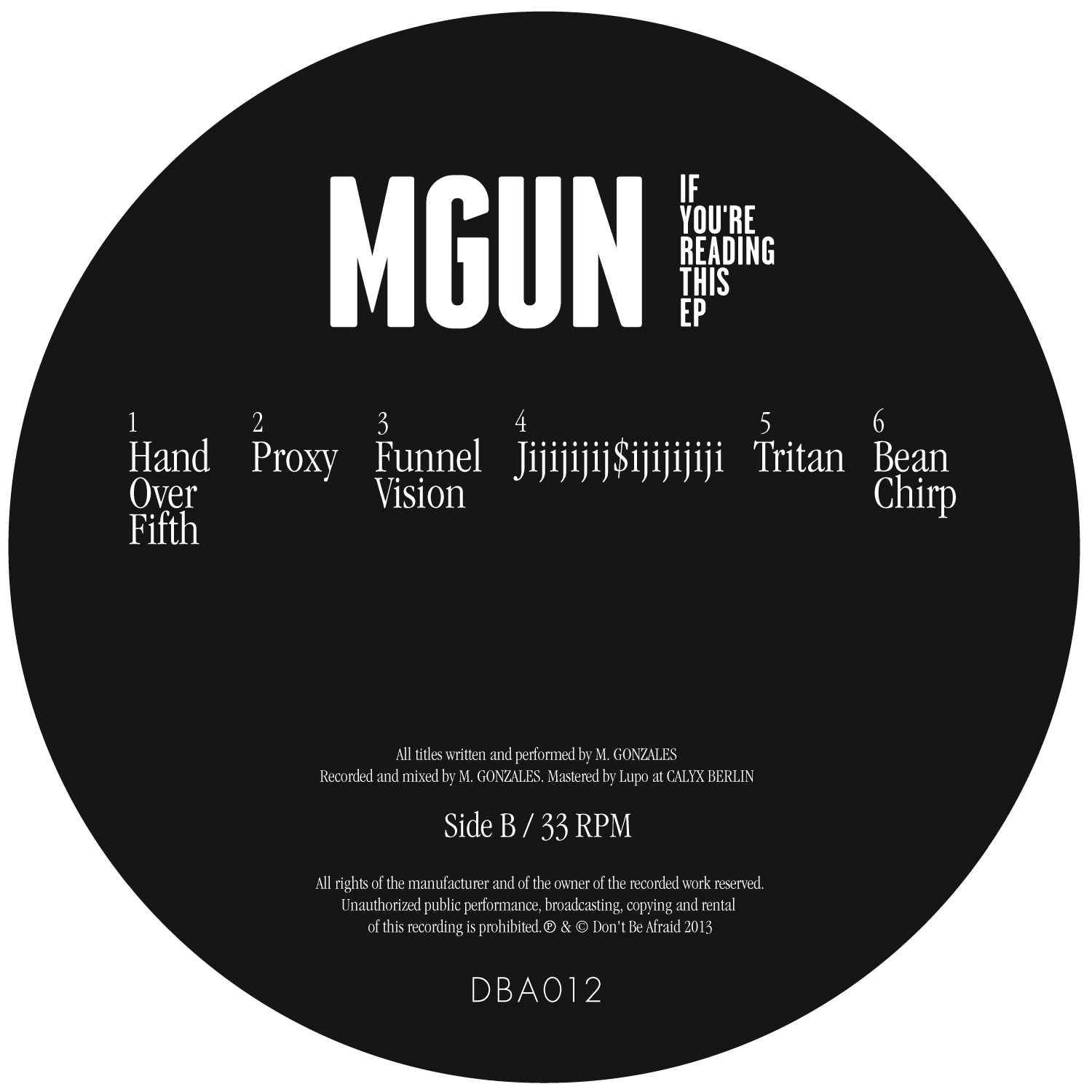 A1. Hand Over Fifth
A2. Proxy
A3. Funnel Vision
B1. Jijijijij$ijijijiji
B2. Tritan
B3. Bean Chirp