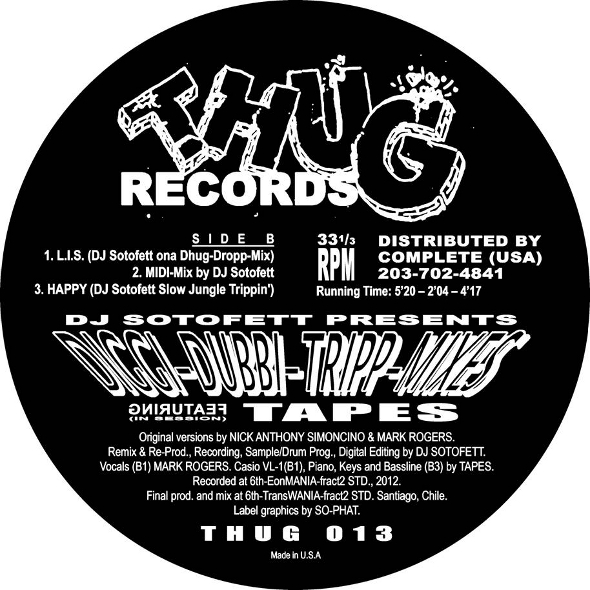 Usually we’d have good reason to be suspicious of remix EPs, but when the remixer in question is DJ Sotofett, then it’s a different matter entirely.

Last year Australia’s Thug Records put out a double 12″ release spilt between productions from Tevo Howard and the prolific Echovolt and Mathematics producer Simoncino; now the label have announced that Simoncino’s contributions will be the subject of extensive remixes from Sex Tags Mania/Amfibia co-owner and Wania owner DJ Sotofett, together with one original interlude. Given that Sotofett’s productions run an extensive gamut of genres, it’s unsurprising that his contributions to the EP of DIGGI-DUBBI-TRIPP-MIXES are so wide ranging: oddball deep house and dub seem to be the order of the game this time around, and clips of each can be heard below.

There’s no word on an official release date, but DIGGI-DUBBI-TRIPP-MIXES will be released on 12″ vinyl only, and artwork will be provided by SO-PHAT in the true Sex Tags style.