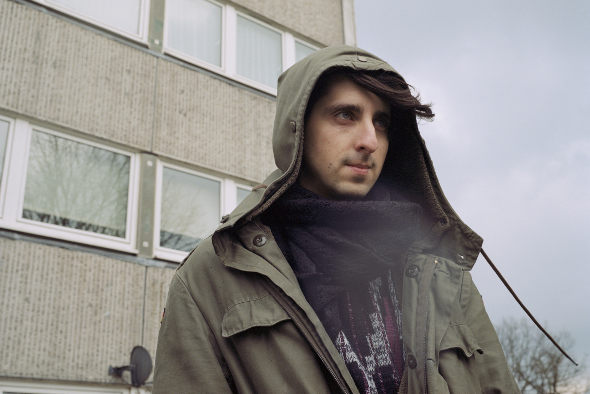 James Holden has shared a new track along with the first tantalising details of his second album, to be released later this year.

It’s been seven long years since Holden’s debut album The Idiots Are Winning was released on his own Border Community imprint; despite the fact that its Nathan Barley-referencing title seems as apt as ever in the current media climate, material from the producer has been thin on the ground since. Although he’s contributed to the DJ Kicks series in that time, as well as providing the odd remix for the likes of Caribou and Kate Wax, a lot of us had given up hope entirely of seeing another long player from the producer.

Thankfully, it would seem that the wait will soon be over, as Holden has now revealed details of his second album; entitled The Inheritors, it will be released on June 17 through Border Community and supposedly takes its name from the William Golding novel of the same name. According to the accompanying press release, the album was produced with a combination of Holden’s extensive analogue modular system and his own self-coded software.

The album’s influences are vast; Holden cites The KLF, Elgar, ceilidh music, pentatonic folk scales and ancient pagan rituals as influences, as he explains: “The environment I’ve spent a lot of time in over the last years – raves and clubs – is completely pagan: this totally natural human thing that happens on a deeper level than the conscious/rational. The communal ritual. To me that’s what paganism refers to: the mystic, intangible and unquantifiable things.”

In this tradition of folk music, the album is performed entirely by Holden, with each track recorded in one take with no overdubs, though Etienne Jaumet will provide saxophone on “The Caterpillar’s Intervention” while Shimble will provide vocals on “Circle Of Fifths”. The album will be preceded by a single called “Gone Feral” which is available to download below; the track will be released on vinyl and digital formats on April 8 together with DJ tool versions.

Border Community will release The Inheritors on June 17, 2013.