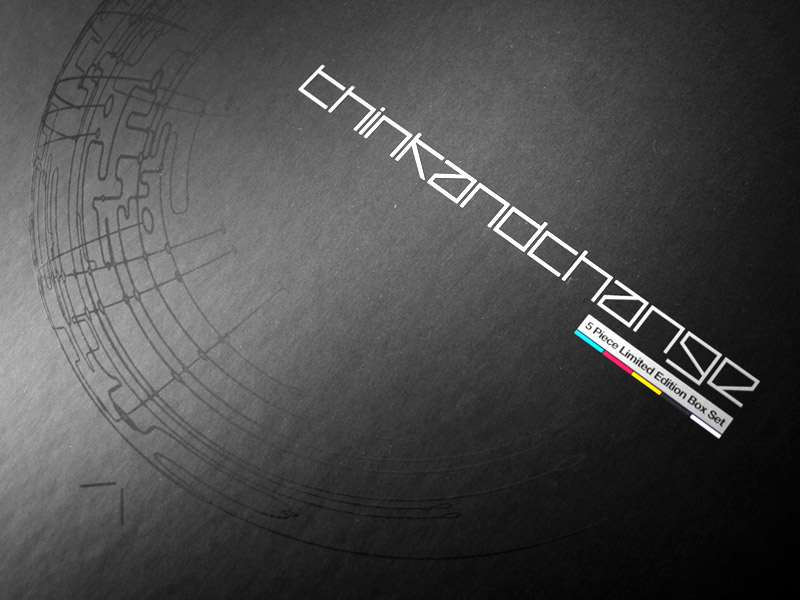 The label compilation can be a very big deal in marking out the story of a serious imprint. Since its inception in 2009, there’s no doubt that Boddika has been steering his treasured Nonplus stable with a razor-sharp instinct that has seen it become one of the defining outposts of the dubstep fallout. Rasping electro has sat next to deluded deep house, half-step drum & bass alongside decaying techno, rumbling 140isms against churning 110 bpm grooves.

Nothing is tribal anymore, and yet in this melting pot of styles and influences a coherent and consistent sonic identity has been forged for Nonplus. All credit to the tastes of he in charge, and with four years of prolific activity behind them it seems crucial to have a gathering together of those associated with the label to take stock of where things have been and where they’re at.

If there’s one thing that is apparent assessing the trajectory of the tracks on Think & Change, it’s that the tempo is largely house orientated. That’s not to say that everything follows some kind of formula, but it speaks volumes for the movement away from broken beats, not least in the upper register of beats per minute. It’s also clear from the outset what that unifying quality to Nonplus is; dystopia. There’s always something of a forward momentum to the productions, less concerned with digging up past tropes rather than engaging new ones, but in doing so there is a largely bleak end result that culminates in a swathe of sonic future-shock. That must of course speak for Boddika’s curatorial tastes as much as anything, and there’s no denying it has some alluring results.

Lowtec is restrained and menacing with his stripped back stalker “The Rhythm (remix 2)”, while Martyn pares down his own usually overloaded 4/4 tendencies for the uneasy “Bad Chicago” and SCB is typically po-faced on “Dissipate”. However it’s not all straight and narrow, and there’s some wild beat science to be enjoyed in many places. Kassem Mosse especially shines on “IP Mirrors”, shearing away half his house drums to make a slow kind of electro that seems to shake on so many different levels, and Pearson Sound is especially twitchy with one of the few faster tracks on the compilation.

Boddika’s own “Beats Me” is one of the real highlights, with a title clearly borne from the fact that the drum arrangement he manages to nail is quite simply stunning. Facilitating a wild, jazzy swing whilst also sounding utterly mechanical is no mean feat, but he succeeds with aplomb. Meanwhile there’s no avoiding the looming presence of Joy O’s “BRTHDTT”, ominously absent from the digital release much to the chagrin of some, not least as one of the most hotly anticipated tracks on the compilation. With its supple square wave bass line making one of the most tangible links between past dubstep and present house and a vocal to decimate an indifferent reaction, all that’s needed is an arch dig at the currency of a Hardwax recommendation in the title to make for an epochal moment.

If there was one fault to raise with the compilation, it would be the inclusion of the Four Tet track. As one of the few producers on the compilation with no past relationship with Nonplus, his name on the tracklisting stands out. That’s no reason for the track not to work, and “For These Times” in itself is a brilliantly executed leftfield, sample-nagging groove, but it comes from a whole other soundworld to the murky tomorrow that Nonplus is all about, momentarily pulling you out of that Blade Runner reverie that you’re happily getting lost in.

Really though, Think & Change is a triumph for Nonplus, cementing the already strong reputation of the label and proving that beyond the hype that many of the associated artists carry, this is a label of serious music that is in fact pushing things forwards when so many are dragging things back. In that sense, the compilation title couldn’t be more apt if it tried.