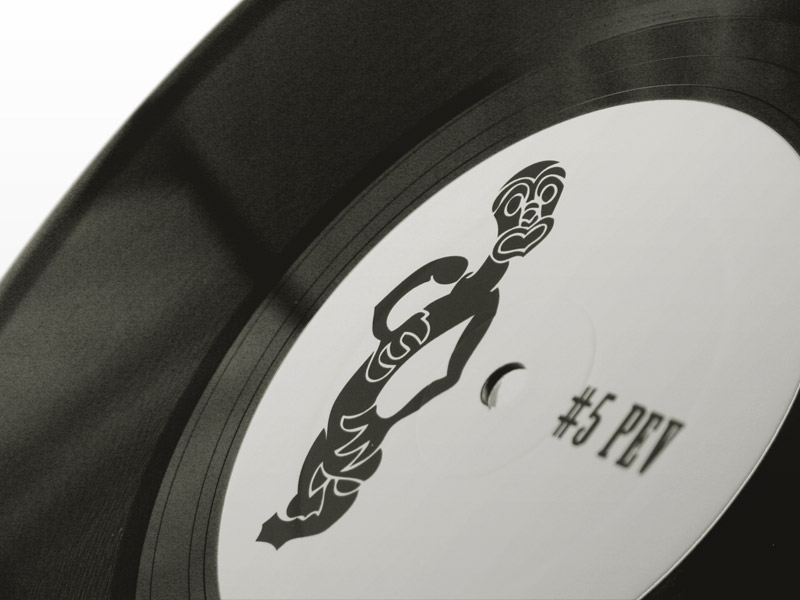 Peverelist has always had a duality in his productions, tending towards either dark, spacious propulsive bass rhythms, or crazed dervish like tracks whose sharp, rave-inspired tones have more in common with the deranged electro of MMM than any of his West Country peers. However, like his Livity Sound associates Kowton and Asusu, his most recent output has tended more towards the raw, crunchy, monochromatic end of the spectrum which seems to have become the Livity Sound imprint’s calling card – even when jumping ship recently with Kowton to Hessle Audio for “Raw Code”.

Given these developments in his sound – which seems to have become more unified of late – it’s something of a surprise that his latest release for Livity Sound should consist of two such contrasting tracks. “Aztec Chant” seems to adopt more of the Livity Sound aesthetic, seemingly taking its name from the primitive melody and ghoulish tones that float across the track’s stiff cushion of bass. On the surface, it’s a head-spinning combination that practices the same sonic techno alchemy as his previous Livity Sound track “Salt Water”, but with a syncopated funk that sounds almost like Shackleton making house; its an unstable formation which is are ripped apart when a crushing breakbeat rears its head at seemingly random intervals. Peverelist isn’t the first producer in recent times to use jungle tropes to add a bit of neck-snapping force into relatively slower speeds, but the way his rhythms tear through what’s an otherwise hypnotic arrangement has an undeniably visceral appeal.

“Livity” on the other hand is Peverelist at his most unhinged. A clip of the track has existed on his Soundcloud page for two years, which puts it around the time of his Hessle Audio track “Dance Til The Police Come”, a track that combined his early 140bpm dubstep creations with an explicit early 90s feel. “Livity” is not quite as instant as that track, choosing to let its raw bassline coil up tension around its sparse percussive framework for a good three minutes before a jangling piano riff bursts in, but it’s no less powerful when it does. The track’s age and name seems to suggest that it’s the prototype for Livity Sound’s raw, dark sonic aesthetic, but it doesn’t quite feel rough enough around the edges for that. However, as an example of the open approach to structure and tempo that the trio have taken, it sits more than comfortably alongside Kowton’s proto-grime and Asusu’s mechanical garage creations.

A. Aztec Chant
B. Livity