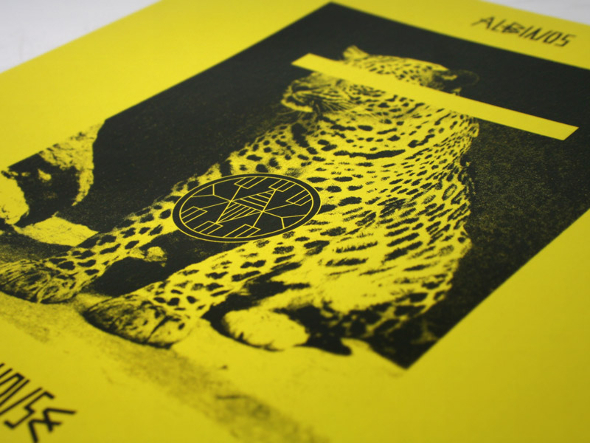 Many new labels fall victim to brute predictability with their release schedule, fearful to step out of the irritatingly rigid proximity of just one or maybe two substrates of dance music. The charmingly unpredictable and eccentric output of Antinote Records has ensured the Paris based label founded little more than a year ago by Quentin ‘Zaltan’ Vandewalle and Gwenael Jamois has never looked vulnerable to such pitfalls as these.

For this writer specifically, what would come next after the resurrection of Iueke’s bizarre, wonderfully executed and previously unheard machine experimentations? Further excavations through the lost tapes of the pre-rave era in the hope to find something as equally cutting-edge was probably not realistic, or perhaps even achievable. So what began as erratic but altogether mesmerising journey for both Vandewalle and Antinote’s listeners was destined to remain crystallised in its own unique path towards the unforeseeable future.

In fact, we were promptly rewarded with an absurdly different cocktail of sounds from Iueke’s tough and visionary bursts of techno, something that masqueraded it’s extravagant oddities through a tamer, more delicate semi-disco tempo. Syracuse’s Giant Mirrors was a marvel in itself and its understated use of guitars, wailing vocals and disjointed drum programming added a supplementary air of doubt as to the imprint’s true identity.

But now that we’ve reached the third release from Antinote’s musical chamber of surprises, another unexpected collection of fusion tracks, it’s clear that Vandewalle’s motivation lies in the promotion of quality over quantity. Albinos, like Syracuse and to a certain extent Iueke, is yet another mysterious figure to surface from the depths of the Antinote basement and one who has surely been handpicked by the head honcho for his rather goofy but authentically singular use of old hardware machinery, namely an Atari computer and a dusty pile of synthesizers.

That being said, it most certainly isn’t the man’s collection of gear, or even the conceptual aspects behind his moniker that brew such vigour and austerity on this release. The opening track, “Bakatribe”, for example, is a misleading hoard of tones and bleeps. What at first glance sounds like a constant wail of detuned cowbells actually evolves into an alluring groove, overflowing with crunchy hi-hats and bubbling low-ends, giving it an almost balearic feel through its more immediately discernable totemic roots.

“Herzog” is a real spectacle, however, and although its primary compounds are more blatantly shifted into African gear, Albinos’ manipulation of those joyful young vocal hymns among the rougher, grittier, Chicago-style drums and snares, stands on the right side of sublime. For a style of fusion which more often than not tends towards the tediously misplaced, Albinos’ mishmash of tribal chants and urbanised beat workouts has proven to be a successful one.

For “Apocalypta”, it seems as if we’re back into a familiar sphere of wonky synth tones coated in an unforgiving analogue crunchiness, but this isn’t what renders the piece so enticing. Much like the quasi-balearic horns of “Bakatribe”, the track opens with similarly lamenting bleeps spewing from the erratic shots of 4/4 kick snares which are then patiently engulfed by a warm wave of echo delay, giving them a life of their own. What begins as a minimalistic, beat-led arrangement reminiscent of the early Warp days, rapidly metamorphosing into a hazy, almost dubby ululation of melodies. Much like the rest of this EP “Apocalypta” strangely succeeds in retaining a vivid African footprint to an otherwise raw and convoluted mass of drum hits – something which feels perfectly at home on Antinote and their gloriously unpredictable catalogue.

A1. Baka Tribe
A2. Herzog
B1. Apocalytpa