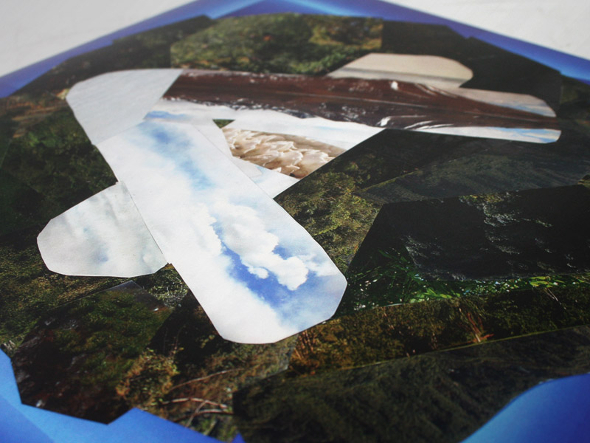 Slithering like a particularly unpredictable snake in the grass, Aera’s debut album comes to light in a dazzling mixture of styles, tempos, ideas and realisations. The Berlin-based producer was already snapping some heads around with his first singles that came out on his own Aleph imprint, not least for his canny deployment of UK rave tropes within sturdy European tech-house constructions.

It’s a simple idea that has been broached before, but there was something in the way that Ralf Schmidt could drop the likes of the “Think” break into grooving, crunchy 4/4 that elevated his music above the madding crowds. Now though, Offseason Traveller emerges to throw the net wide open on what you may have thought Aera was about.

Wholeheartedly embracing the album as a platform for experimentation, Schmidt starts his LP far from the trodden path and proceeds to wilfully avoid it for the duration. It’s ambitious in its scope, moving from short and sweet vignettes to broader floor burners in a range of tones and textures; undoubtedly an album that requires multiple listens before it truly sinks in.

Of those vignettes, three open Offseason Traveller in consequential sequence; providing amission statement that this record will not simply sling together a collection of singles. “Kiss Off” is an ambient beginning with choral pads and subtle bass swells, while “Baby-Comet-Face” lopes on a drunken palpitation of kicks and ever building layers of melody and sound. Finishing off the trio, “Fever Beach” drifts back into mellow territory with a hugely muffled beat playing fifteenth fiddle to warm pads and tart leads that come from the more sci-fi end of electro.

If that all sounds a little hard to swallow don’t be fooled, as it’s a surprisingly palatable kind of leftfield that Schmidt is exploring. When the more protracted “Cambio” signals the first long-form track, it seems to logically channel those wild card tendencies into a form that is ostensibly house, but speaks in an alien tongue that will just as quickly dart into a tweaked arpeggio breakdown as it will slouch into a low-slung and slightly tribal beat.

The difference is that in these diversions, Schmidt tends to alter the course of his track for good, leaving those craving a dramatic return to the peak groove hanging expectantly. There are moments that seem a little more straight-forward, such as the discernible stomp of “Die Pferden”, but still the layers on top of the beats set this music apart. What might otherwise be a standard deep house cut is elevated by the haunting, exotic wind instruments and languid tones that hover in the background, while the beats themselves sport an additional energy that rattles beyond the usual kick & snare combos.

Some of the beat tracks completely stray from the house template Aera is known for, not least on the frenetic broken slam-dance of “Chevere”. Where so many over the years have channelled the spirit of Detroit techno into dubstep, Schmidt has instead reached for the abrasive weirdness of hard, acid-fuelled techno and fitted it to the staggered drums of bass music.

With such a dizzying array of tools on display here, it’s a miracle that Schmidt managed to make a cohesive album, but it all hangs together with surprising ease. As mentioned before, the corkscrew twists and turns between tempos and moods can be a little bewildering at first, but Schmidt’s sense of wonder seems to correlate throughout every track, hence the album seems to perpetually serve up something new when you listen through it. Once you’ve made sense of it, there’s a lot to take from a long player like this, with the sense it will keep on giving for many moons to come.