Win tickets to the Ostgut Ton vs 50 Weapons showdown 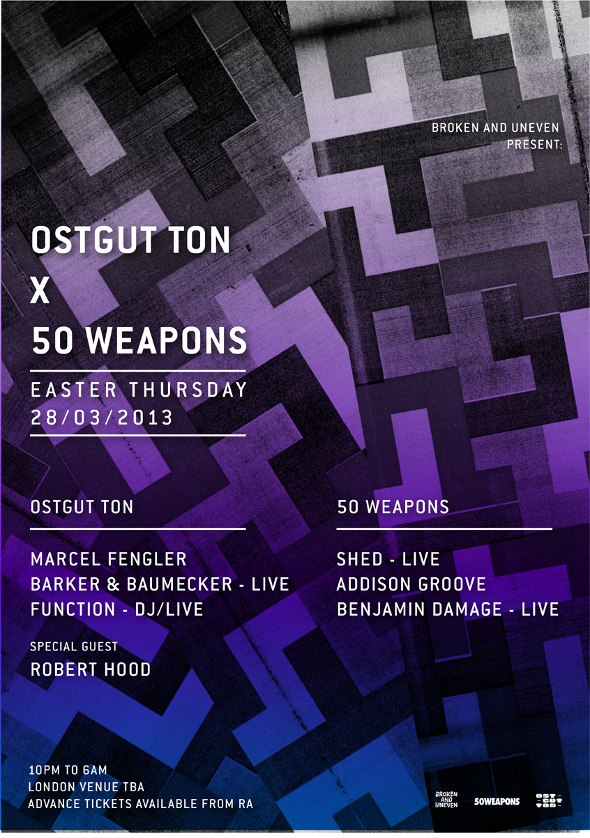 Looking to commence the Easter weekend in style, promoters Broken & Uneven are descending on Peckham Palais in the company of a worthy cast of artists from both 50 Weapons and Ostgut Ton. Headline space for the Ostgut contingent is shared between Function and special guest Robert Hood, with the former performing a hybrid DJ and live set, making his first London appearance since the release of his long overdue debut solo album earlier this month. Berghain resident Marcel Fengler rounds out the Ostgut bill alongside Barker & Baumecker.

Shed provides a link between the two labels, topping the 50 Weapons billing with a live set, while labelmates Benjamin Damage and Addison Groove offers more than adept support. We have a pair of tickets available for one lucky winner.

Entries will close on Wednesday, March 27 at midday, and the winner will be selected at random and notified shortly afterwards.