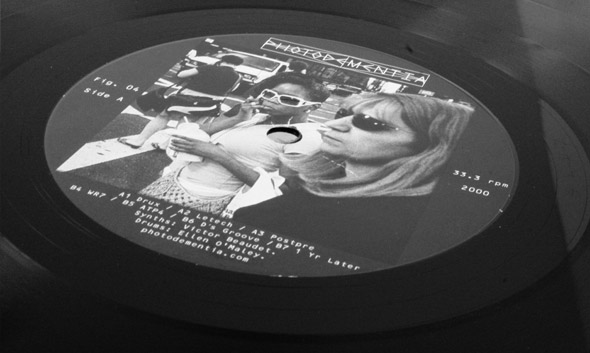 Comprising choice cuts from the accompanying Fig 04c release, this new EP from Photodementia continues a bleak and oppressive foray into the world of Detroit-flavoured electro that taps into the same vein of robotic seduction that made Japanese Telecom and Dopplereffekt so alluring.

Released in some kind of cahoots with Rephlex records – always a surefire way to spark off the Aphex Twin debate – the Photodementia back-story tells of a typically irreverent plot regarding unearthed gems from a long lost talent, and it’s getting fan-boy forums in a lather. Regardless of where the music may have come from, it feeds a healthy amount of braindance into the dancefloor functionality of electro, which sits comfortably next to other Rephlex practitioners such as Aleksi Perälä and Dave Monolith.

“Letech” revels in the clinical dystopia it weaves, as layers of nervy synths feed steadily into the track while the bassline grows ever more engorged and aggressive, and yet for all the minor keys and predilection for dark content, there are other tones and moods at work. The dubby, delayed chords that potter around the track in the later section of it bring an entirely different feeling, which belies the electro tendency to find one vibe and stick to it meticulously.

There is some all-out party destruction to be had from the likes of “ATP4”, which rides a snappy tempo upon which to slam choice female grunts over a chunky bassline and some ravey stabs, but even in this instance there are breakdowns and diversions that can momentarily leave you suspended in a most wonderfully aqueous parallel dimension.

“D’s Groove” opts for a more serene tone altogether, tapping into the kind of electro that made The Other People Placesuch an arresting proposition. In many places on this EP, it’s the calm betwixt the storm that shows just what the producer behind Fig 04 is capable of. The tougher style of electro is delivered immaculately; you need only listen to “1 Yr Later” for proof of that. However, it would be something of a stretch to call it revolutionary when the reference points are so apparent.

Instead it’s the little details in between those familiar crisp beats and crushing basslines that make this a record worth returning to. “WR7” is a fine example of this, moving in a more winsome fashion through a stunning employment of synths that twist and turn but form a cohesive, emotive whole that stands confidently on its own two feet.

If you need a fix of high-quality, classically-informed electro, there is an embarrassment of riches to be found in this release from Photodementia. If you need it to be breaking through to completely new territory, you may be a little disappointed, but after all the best music isn’t always the newest.