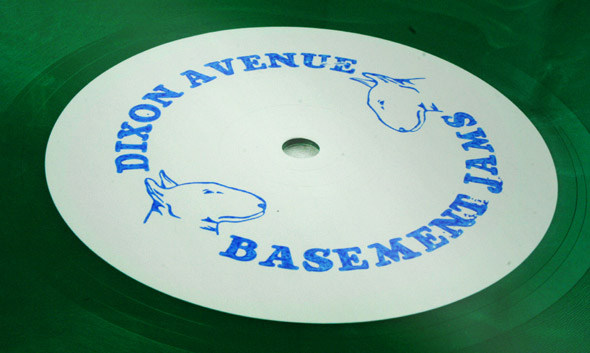 Marquis Hawkes wishes anonymity wasn’t a big deal. Equally shunning the ideas of “DJ as recognizable public figure” and “clichéd disguise wearer who is possibly Tiësto’s raw house side project”, Hawkes’ intention for remaining out of the public eye is simply to focus on the music, even though he admits the sentiment sounds a bit clichéd.

But anonymity can be powerful: When we stop dissecting the DJ, more central issues take prominence. In Hawkes’ case, that would be his last EP on the press-minimalist, impact-heavy Dixon Avenue Basement Jams label. Having exploded into public consciousness with their debut release, the superbly unhinged Unknown Desires EP from Jared Wilson, the label’s next release and Hawkes’ supposed debut, the Cabrini Green EP, took inspiration from the ill-fated Chicago public housing project of the same name which was created to deal with the post-WW2 surge of civilians.

Surrounded by some of the most expensive real estate in the city, the area was intended to glorify Chicago’s economic vibrancy, until a slumping economy, the stripping away of public services and extreme landlord neglect had turned the place into a hotbed of clogged trash chutes and violence. That same stripped down, raw, junkyard house sound can be heard in the woodblock thump of “Sealion Woman”, or the echoing cries reverberating from “Teetotal Acid” that sound like they’re being yelled at someone on the sidewalk from the balcony of the 17th floor.

If Cabrini Green was a reflection on urban decay and renewal, the Higher Forces At Work EP might look skyward for its themes, showcasing an unpolished spiritual coherence throughout, a set of mantra songs for the Sunday morning dance floor. A-Side track “Higher Forces” flexes a warbling, mutilated flute fluttering overtop the flanged drums that Hawkes handles so expertly. It’s entrancing stuff, but it shies away from showing off too much trickery in structure, unfolding fairly evenly over its six minute span. “Automatic” is similarly unconcerned with burning down the house, and what begins as a slow organ drawl takes its time to mutate, slowly tapped out percussion fleshing out a structure until it begins to take a buzzing, humming, life of its own. It’s a reigned in side to Hawkes’ productions that hasn’t been showcased before, and the ability to create a pulsating, rolling groove track seems innately easy for him.

But it’s not until the B-Side where Hawkes really lets down his hair and cuts loose. Though “I Want You” begins sounding clean and tidy, with a popping bongo line and some punctual snare snaps, the Sunday morning choir session vocal line eventually gets compressed, spliced up and re-arranged by a growling bassline, sounding much more like someone speaking in tongues than a straight up sermon.

However, “Divine Intervention” is the straight up standout on this EP, a track that feels like the acid-house personification of a stomach ache – churning, bubbling electronic soul music that winds and twists its way through your small intestine. While the stripped down sounds of “Automatic” seem subdued and relaxed, the few instruments at the core of “Divine Intervention” gives the flange-filtered arrangement all the more power, achieving the basic aim of stripped down dance cuts: It grabs you, holds you, and doesn’t let go. I’ll give that a “Halleluiah”.

A1. Higher Forces
A2. Automatic
B1. I Want You
B2. Divine Intervention