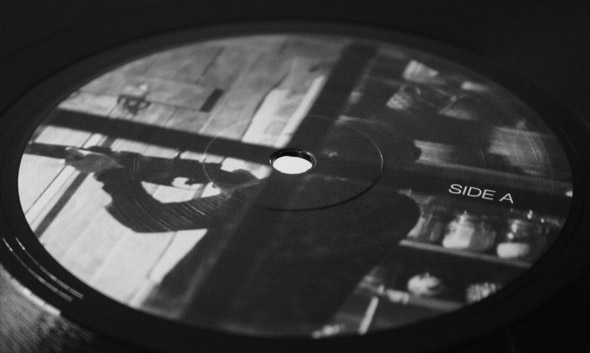 Until recently Moerbeck’s name has been largely synonymous with Berlin’s Vault Series, a gloriously rampant cluster of murky and sub-heavy four-to-the-floor patterns whose ferocity is consistently arduous to evade. This debut release on his newly crowned Code Is Law label seems to represent a loosening of the shackles which have bound Moerbeck’s name tightly within the cavernous shadows of the German capital’s underground.

What on first appearance could simply represent a pre-meditated movement towards a brighter limelight for the man’s own productions actually demonstrates a subtle but altogether palpable shift in musical conceptuality. Moerbeck’s previous techno frameworks, which undoubtedly set themselves apart thanks to their ingeniously crafted beat patterns and noisy, impulsive melodies, almost gave the impression of disorganised control, or better yet, of an artist who was following a considerably undulant but lucid prototype. The Vault Series itself was something of a misnomer in its ability to produce meticulously engineered patchworks of floor-oriented 4/4 sketches, whose wayward tendencies have enabled the imprint to gravitate on its own axis.

But there is an air of new borne mysticism on this debut release from Moerbeck’s fledgling imprint, and more specifically, a broader amalgamation of styles and influences which show no signs of eradicating his apparent love for the minimalistic, percussion-centred aspect of techno. Let’s take “Bump and Run”, for instance – it’s about as representative of the current status of the genre as any track from the likes of Blawan or Container, successfully bridging the laxity and hedonism of the remnants of noise and post-punk together with the rigidity of the more purist German techno format.  Indeed, the track opens with a distorted feedback loop which folds neatly into a stomping parade of violently piercing snares and twisted percussion segments, creating something of a hybrid on all fronts – from the crackling background noise to its hefty, floor-proof bass drums, the piece contains all the necessary ingredients for techno of the 2013 variety.

“Teens On Fire” makes use of the same tools but for a noticeably alternate purpose, this time placing a heavier slant on Moerbeck’s own Germanic heritage, albeit with ringing, FM-synthesis bells which catapult themselves from side to side for the track’s entire seven minutes which share an unmistakable 90s Detroit flavour. However, it’s Moerbeck’s cunning arrangement and astutely placed percussion components which tear the track apart and welcome in a whole new set of contemporary ideas overlapping with Europe’s newly regenerated passion for more experimental corners of electronic music  – namely the harsh, noisy, continuously evolving pads scuffling at its epicentre.

There are also signs of a mindful ear to the UK techno dynasty on here, particularly radiating from the choppy head-trip that is “Pleasure To Burn”, which just for a moment feels like a distant memory of a sweaty, hedonistic Birmingham experience circa ’93. But in no way does the track characterise a mere repetition of those inspiring techno blueprints devised over two decades ago; in fact, Moerbeck simply applies those devices to run his own machines into a frenzy of arpeggiation. Its broken drum segments, combined with one menacingly waving contortion of synth stabs, leads to a somewhat hypnotic six minutes of machine chaos, but within all its tumultuous, distorted glory, Moerbeck succeeds in shaping the piece into a surprisingly neat and floor-conscious affair.

The real surprise lies in the hands of “Numb It Down”, however, and while this writer was expecting yet another resplendent blend of jagged beat layouts and hissing sonics, Moerbeck delivers a rather different, unmistakably dub-imbued production.  Those sliding, reverb-embezzled kick drums now fuse in almost perfect unison with the contouring layer of delayed, sci-fi harmonics and the unbearingly seductive female vocal pouncing in and out of the groove with near brute force.  Although the piece accounts for the EPs least experimental moment when compared to the grainy, shattered components of its predecessors, it’s arguably Moerbeck’s finest hour to date in terms of style and panache, where his musical sensibility and textural creativity – most noticeably in terms of FX manipulation – are finely balanced and tweaked to produce a veritably inspirational moment of analog manipulation.