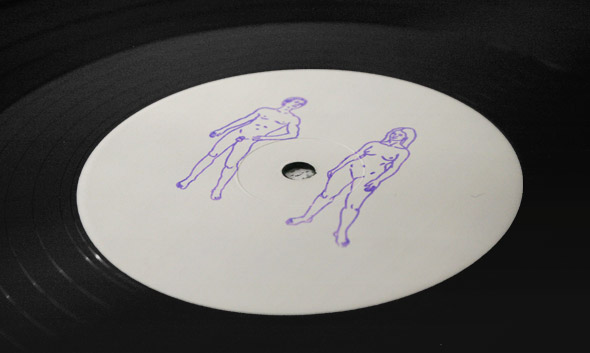 Up to this point, Boris English has been mostly seen cavorting in leftfield house and techno circles with long-time friend and creative sparring partner October. Their joint releases on BRSTL, Apple Pips and Never Learnt have all garnered much well-deserved praise, embracing both unusual textures and warm melodies and distilling them into a potent and decidedly unique brew.

With October’s recent solo ventures on his own TANSTAAFL imprint and Skudge Presents edging towards a less melodic, more percussion-led sound, this release equally serves to highlight the different flavours that Borai brings to that particular partnership.

Studio roles are never cast in stone, but it’s clear from early on in “Moonlight On The Malago” that sunny keys are a penchant of Borai’s, and the harmonising elements that filter in around the central chord are proof of an adeptness for rich musicality. Rather than coming on like the sappy, emotionally stunted kind of summer time house music, there’s an air of mystery contained within the delay feedback on the chords, and the delicate chimes that feed in later on in the track. As an antidote to the bleak mid-winter, the Chicago-based Argot have made a wise move in reaching for this cut to inaugurate their new Tasteful Nudes label.

“Does It Bother You?” comes from an equally feel-good place, kicking off on some DX7-esque chords before tunnelling into a garage swing and swells of pad. Eschewing the current trend for token licks of sung vocals, Borai instead reaches for an obscure cinematic lift to lead into the main drop. The last thing you would expect after that point is the “Think” break, but in it rips in its full glory to add a party-starting roll to the smooth tones, and it glues the track together better than you might imagine.

What’s evident from Borai’s first solo outing is that he is well-read in the ways of classic house and techno, and dance music beyond that for that matter. Both these tracks will strike a nerve of familiarity as they lean heavily on well-worn tropes to get their vibe across. There is no sense of bashfulness here, as best demonstrated by that loud and proud “Think” break. Borai is clearly intent on delivering pure pleasure, rather than questing for some unknown territory on the outer reaches of electronic music.

Furthermore these tracks are elevated above simple acts of derivative reproduction via the ethereal atmosphere that works alongside the bright and bold chords and pristine beats. With that Bristolian love of dub running through his veins, Borai’s tracks shimmer and echo into those more curious headspaces without ever making it obvious.

A1. Moonlight On The Malago
B1. Does It Bother You?