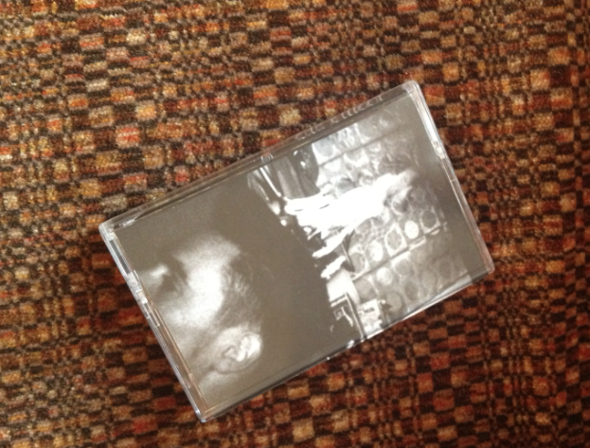 Some teenage recordings from a group featuring Karl O’Connor form the debut release from Blackest Ever Black’s new cassette label.

Appearing with a typical lack of fanfare today, Krokodilo Tapes launches with two releases. At The Refectory by Family Sex is amusingly described as “pocket money synth punk” and features music recorded by a teenage Karl O’Connor and friends across two sessions in the Refectory of St Philip’s Sixth Form College, Birmingham during one summer’s day and night in 1986.

Also included are a short home demo (‘Lick It Up’) and two tracks recorded live at Family Sex gigs at the Barrel Organ venue in Birmingham in 1987. It’s the second tantalising release for Regis completists to surface this week after the news that Minimal Wave were releasing some archival Sandra Plays Electronics material as a forthcoming 7″.

The second Krokodilo Tapes release is Precession Dub by Feral Love, a new project from prolific multi-instrumentalist Clay Ruby which is described as two extended studies in “astral-industrial dub”. Speaking with The Quietus last year, Ruby stated that Burial Hex was “a composition cycle which will come to an end” and Feral Love seems to be his new creative focus.

Both cassettes will be released in limited runs of 50 with no apparent plans to make the music available in other formats. You can preorder both tapes from the Blackest Ever Black site.